Herman Ohrt was a kind, compassionate, generous and hard-working man who brightened the lives of everyone he met. He had an energy that buoyed everyone within his range. 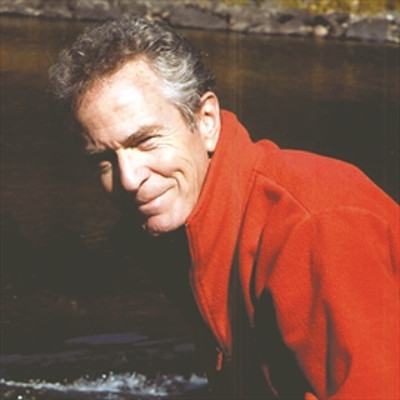 That energy would still be radiating today, but Herman was killed on Friday, August 17, 2018 when the driver of a cement mixing truck collided with him. His community of family, friends, neighbours and peers is still reeling from this senseless tragedy.

Herman is survived by his wife Sandra Jean, his son Russ, his daughter Heather, his brothers Jürgen and Rudolf, and his four beloved grandchildren.

Herman had just celebrated his 77th birthday a week earlier with a family camping trip. It may be easy to imagine a frail, elderly man at age 77, but nothing could be further from the truth. A lifelong outdoor enthusiast, Herman was hale, hearty and fit and in full control of his faculties.

According to his son, Russ Ohrt, the examining coroner said he looked like he had the body of a man in his fifties, not his seventies. Russ is a friend, and he has been gracious enough to share some stories of his beloved father through his grief.

A man who loved nature and was nowhere happier than hiking - he was a longtime active member of the Bruce Trail Association - or canoeing Ontario's many lakes and waterways, Herman was also, perhaps surprisingly, an engineer by profession who worked a full career at Dofasco.

Russ visited his father's workplace for the first time as a young adult and could not understand how his nature-loving father "worked in Mordor".

In many ways, Herman was larger than life. He is even said to have once guided a ship through the Burlington Bay Canal into the harbour in a canoe with a lantern during a heavy fog. I couldn't get official confirmation on this, but everyone I spoke to who knew Herman had heard the story and was unsurprised by it.

Herman lived his values and taught them to his children: compassion, hard work, service and stewardship, resourcefulness, patience, good humour and joy. According to Russ, "He taught me how to work as a young man and he will continue teaching me for many years to come, how to be greater human being." 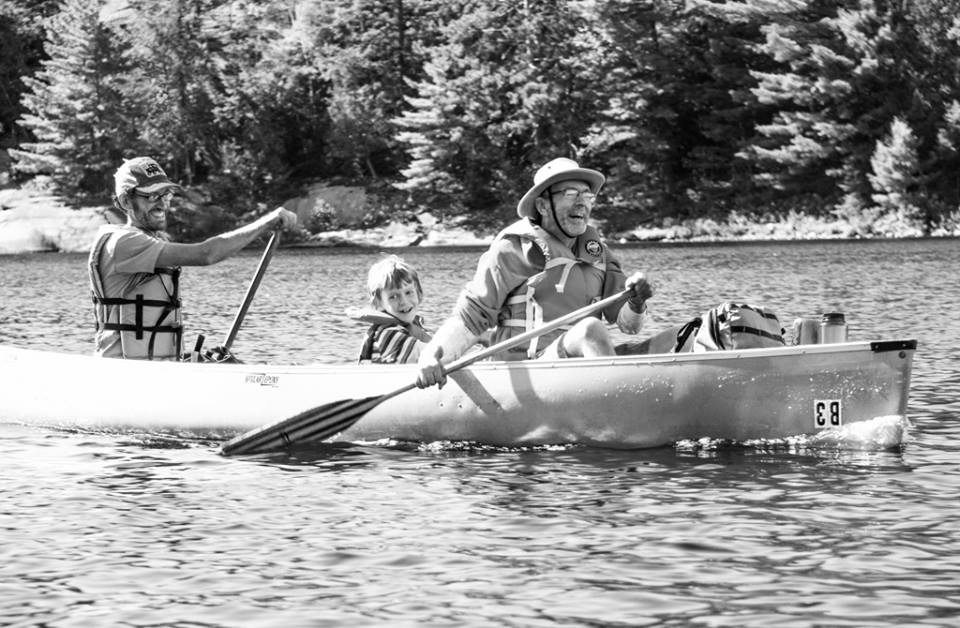 After Herman retired, he and his wife, Sandra Jean, moved to Collingwood, but after seventeen years they returned to Hamilton to be close to their family. Herman wasted no time making himself useful wherever he could, from taking on chores and fixing appliances around the house to walking his grandchildren to school.

As Russ puts it, Herman "could have built our house" but "was the kind of guy who would just come in and pick up the broom if the floor needed sweeping." He also took it upon himself to quietly and unobtrusively solve the design problems he encountered.

In just one small detail of a life dedicated to leaving the world better than he found it, Russ's previously sagging backyard gate post is ingeniously righted by a jury-rigged guy line held taut by some found wire and a metal rod and two screws.

That backyard is also the home base of Backyard Harvest, a community shared agriculture labour of love operated by Russ and an enthusiastic band of local urban farmers and volunteers. The goal of Backyard Harvest, as Russ puts it, is "making this urban neighbourhood into a space more fit for human life." In no small measure, this goal reflects the values that Herman lived and taught his children.

Russ described Herman as an "indispensable volunteer" with the farm, "trying to help his son and family however he could, fixing machinery, building shelves, cleaning garlic, telling me to take care of myself and most recently with my mom, picking all the raspberries, all 200 feet of them, twice a day for two or three weeks to supply our family and the CSA."

Herman had a car but often chose to ride his bike on errands in his neighbourhood. He was killed on Friday, August 17 at around 9:30 AM while riding his bicycle south on Queen Street North at King Street West.

Hamilton Police Services are still investigating the collision and have not released any details, but it appears the driver of a cement mixing truck that was in the second lane of Queen turned right and collided with him.

In a heartbreaking irony, the tragedy that took Herman's life brings together two sides of his personality: his expertise at designing reliable systems and his commitment to a more humane, livable world.

Queen Street North is just one of far too many spaces in this city that are not "fit for human life." As Herman-the-engineer would have put it, "You can't design a system with only one check valve," and the design of Queen Street leaves no room for error in a place where human beings are trying to live.

Russ wrote, "I believe the culture of our city failed my Dad. Once we have some grieving behind us, I intend to work towards supporting change for safer streets. It is so difficult for me to find reason in my father's death, but if we can say to ourselves, let us not let this happen again, there will be some purpose in this horrible event."

Later, he added, "When a loved one of yours dies like this, your thoughts and efforts become focused and clear: We must make our city a safer place to live. I hope that it doesn't take this level of hurt to make some City Councillors and other citizens change their minds, because I wouldn't wish this kind of pain on anyone."

For Herman's celebration of life, which was held on September 13, his family asked that in lieu of flowers, donations would be appreciated for The Bruce Trail Association and New Hope Community Bikes.

What a sad and senseless end to a vibrant, positive life that Herman Ohrt embodied. His love of nature, whether hiking the Bruce Trail, gardening or cycling, shows a man who, through his positive values, embraced life and lived it to the fullest.

My deepest condolences to his immediate (Sandra Jean, Russ and Heather) and extended family. Nothing I can say will release you from the grief you must be experiencing. Would that we could all live our lives with "compassion, hard work, service and stewardship, resourcefulness, patience, good humour and joy" - which is how Herman lived his life and in short, not merely taught, but demonstrated "how to be greater human being."

This article is prefaced , and ends with the line. 'No one should have to go through this. So what are we going to do about it?'

I think about how similar I try to live my life. While not 77 (I'm no 'spring chicken' at 61), I also enjoy hiking the Bruce Trail, canoe trips, and of course cycling.

I have to wonder, with the present danger on our city streets and need for safer infrastructure for pedestrians and cyclists, am I next? I also taught kindergarten for several years, and when reminded of that, I think of the senseless death of kindergarten teacher Joe Keddy who was hit and killed on the Claremont access in December 2015 - a full six years after a shifting gears study recommended bike lanes on the access. What was the big hold up? Why did yet another person have to be sacrificed on the altar of apathy before any action occurred?

In order to make sure Herman did not die in vain, his son Russ has dedicated himself to a very good cause - making our streets safer for everyone. This will benefit cyclists, pedestrians, transit users and car drivers - in short, all people.

"We must make our city a safer place to live" says Russ. I am behind your efforts 100% and will do whatever I can to help you. Please contact me through Ryan so we can get started. I urge others to answer the call and respond firmly and positively to the query, "So what are we going to do about it?" - Grant Ranalli