PlanLocal Ward 2 asks residents and business owners to put their minds to creating 'Beautiful Streets and Spaces' in the Ward.

You can say a lot of things about Hamilton's Ward 2, but "conventional" is probably not a tag that sticks. Though the downtown ward features four of the City's founding neighbourhoods, it has long been a diverse, open-minded part of the city where residents and their leaders have felt free to try out new ideas.

It was no surprise that in 2013 the Ward was a welcome host for a Participatory Budgeting process, a citizen-led effort to give people decision-making power over $1m worth of infrastructure spending in six downtown neighbourhoods: Beasley, Central, Corktown, Durand, the North End, and Stinson.

Since then, Councillor Jason Farr has been a strong supporter of a range of participatory projects that have let residents propose and fund a variety of projects, including pedestrian crosswalks, park amenities, accessibility improvements.

The process has evolved substantially over the years, moving away from a strict local interpretation of PB pioneered by citizens of Porto Alegre, Brazil, to a simpler, Hamilton-style model called PlanLocal Ward 2.

Given demand for annual reinvestments in infrastructure downtown, and the vision of putting citizen-generated ideas at the forefront, the Plan Local process has been guided by local consultancy Civic Plan, and is aimed at getting projects reliably completed on one-year timelines.

It is an assisted process that is the response to input from the interested residents and neighbourhood reps who regularly attend Councillor Farr's quarterly Community Council meetings.

This year, PlanLocal Ward 2 asks residents and business owners to put their minds to creating "Beautiful Streets and Spaces" in the Ward.

Councillor Farr is dedicating around $150,000 for each of the ward's six neighbourhoods, and residents are encouraged to submit ideas that identify locations around major streets, or in City-owned green spaces like parks and trails, then propose physical infrastructure improvements like repairs, graffiti prevention, solar lighting, or greenery and street trees.

The most popular locations and improvements, and the estimated costs of fixes will be evaluated, and the top projects will be funded through the Ward 2 Area Rating budget. 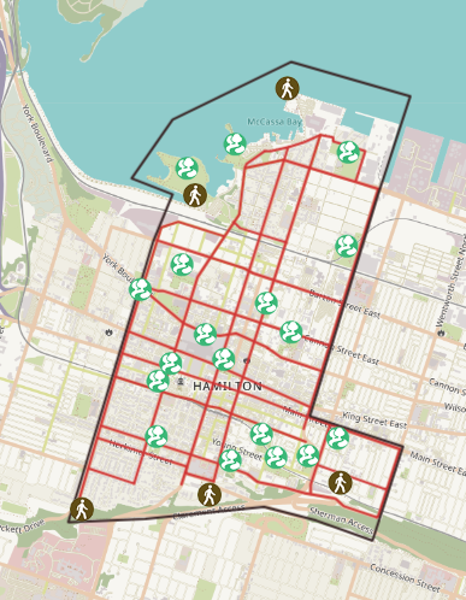 You can participate online, at Pop-Up events in each neighbourhood, and at publicly accessible locations downtown. 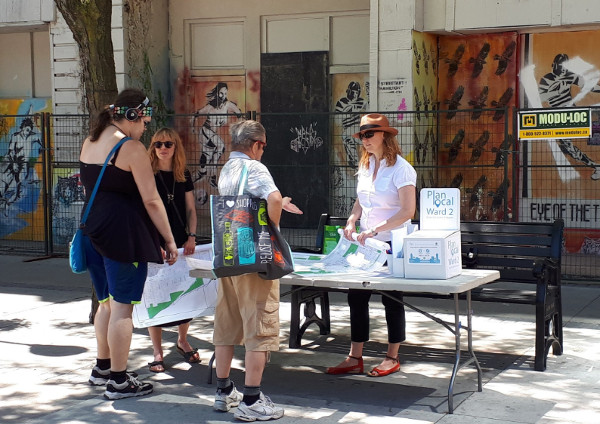 For example, the Beasley Neighbourhood Association held a pop-up at our last meeting, and a drop-box is stationed at the Beasley Community Centre. The BNA is encouraging residents to support objectives that residents identified in our 2017 Neighbourhood Plan, including the greening of Cannon Street East near Beasley Park.

This year, our members have heard multiple presentations from the team at Trees Please, learning about the health benefits of street trees, and specific issues in urban areas that can make tree installation more expensive or challenging.

At our meeting, we also heard another idea to transform a derelict property in Beasley with the goal of attracting a local agency to build affordable housing. In PlanLocal Ward 2, there are no bad ideas, but the most popular ones identified from May 23 to June 28 will be considered for funding. Residents can submit multiple projects, too, just not the same one multiple times.

In past iterations, the Beasley neighbourhood has benefitted from funds to upgrade the kitchen at Simone Hall, alleyway improvements, and we've supported Ward 2-wide projects like additional bike racks downtown.

If you live or own a business in Beasley, the BNA invites you to also support the Greening of Cannon Street, and affordable housing endeavours. But don't stop there: share you own ideas, and ask your neighbours to do the same. Enhancing citizen involvement is a great reason to keep the experiment going and dedicate more money to Plan Local. It also encourages neighbouring Wards to take a chance on citizen-led spending projects too.

With a little less than two weeks left, now's the perfect time to send a little love to your favourite places in Ward 2.

Participatory Budgeting in ward 3, Mathews Greens great failure. Not many people to blame but Mr. Green (no council vote required).