The poor beleagured knockdown bollard on the northeast corner of Herkimer and Queen has had quite a ride in a short time.

As part of the City of Hamilton's ongoing experimentation to figure out how to calm the dangerous speeding traffic on Queen Street, staff beefed up the pedestrian crossovers (PXO) at Queen and Herkimer with highly visible, neon-green Stop for Pedestrians bollards in April.

From my admittedly anecdotal observation of the intersection and my use as a pedestrian, these knockdown bollards were immediately effective at reducing vehicle speeds and making drivers more alert to the presence of pedestrians trying to cross.

Unfortunately, the bollard on the northeast corner was accidentally placed right in the middle of the Herkimer bike lane, blocking it completely. 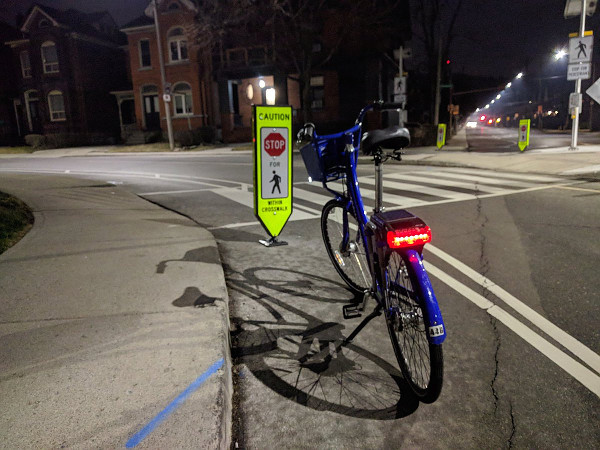 Fortunately, city staff responded quickly and moved the bollard into the edge line between the bike lane and the car lane. 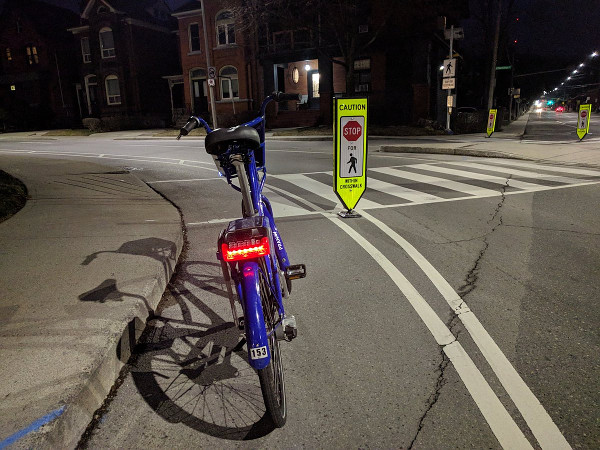 As evidence for why this bollard is necessary to physically demarcate and protect the bike lane, it quickly began to incur damage from cars whose drivers strayed out of the driving lane going through the cockeyed intersection.

By mid-May, it was a hurting unit, cracked in several places and listing to port. 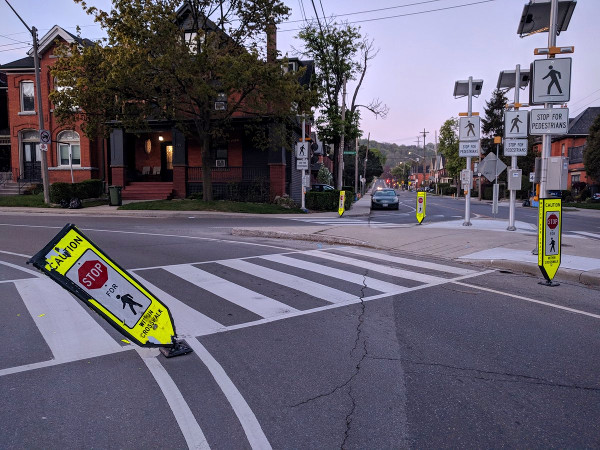 As of the morning of May 17, it was gone completely. 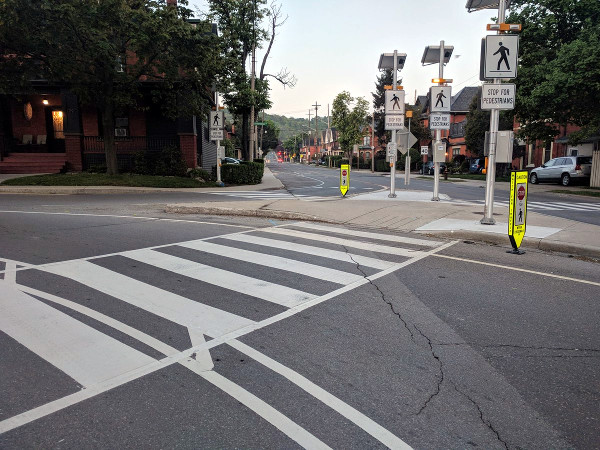 After another follow-up with the City, the bollard was replaced on May 17 - once again, right in the middle of the bike lane. 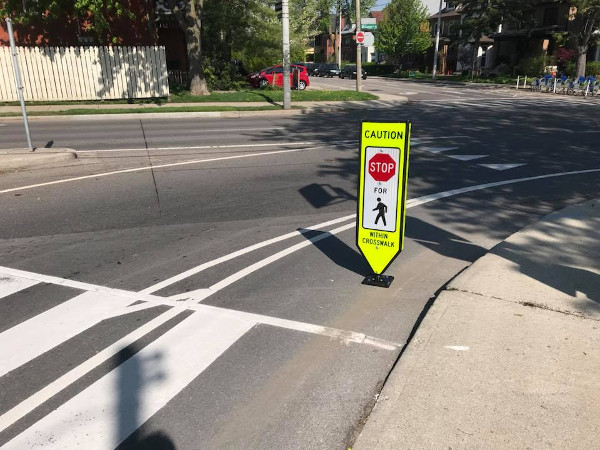 The City Councillors whose wards flank Queen Street - Aidan Johnson in Ward 1 and Jason Farr in Ward 2, responded quickly to confirm that the situation would be rectified.

City staff came back and removed the bollard completely instead of moving it to its proper position. After still more follow-ups with the City, staff responded that there was no location they could place the bollard that was not inconvenient to cars.

To Councillor Johnson's everlasting credit, he pushed back on this argument, replying: "That it’s inconvenient to cars is exactly the point."

Staff agreed to reinstall it, and sure enough, the bollard was reinstalled again on May 24 - this time back in the correct location. 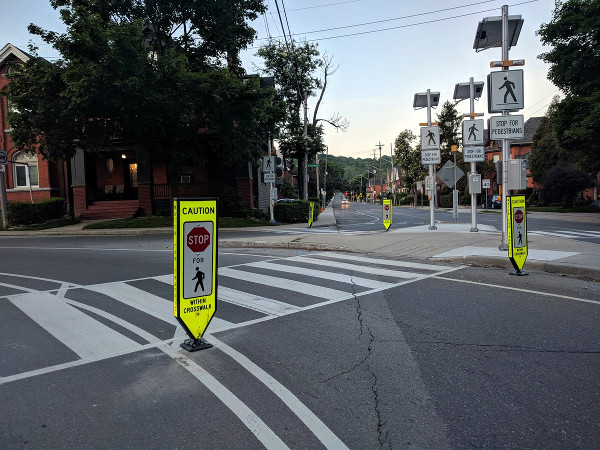 It will be interesting to see what happens to this bollard next!

That was exactly my reaction: if the bollard, which is within the white lines, is repeatedly getting hit it means that drivers are taking the corner too fast and veering out of the travel lane.

At least the bollard is taking the hit and presumably discouraging drivers from veering even more into the bike lane or not slowing down safely in the turn as they approach a pedestrian crossing. It shouldn't be difficult to keep between the white lines!

Removing the bollard because it keeps getting hit by inattentive or aggressive drivers misses the whole traffic calming point of the bollard.

p.s. in Europe they tend to do this sort of thing even more aggressively with hard metal or concrete chicanes, not car-friendly soft wobbly plastic bollards.

I wish this bollard was running in the provincial election. I mean it deserves a pension as much as the next guy!

"You're gonna need a bigger bollard"