The costumes were significantly interesting, the beautiful and clearly technically challenging aerial work sufficiently entertaining, and the music well-executed that any confusion in the abstractions of the storyline didn't matter.

Every winter, it seems we in Hamilton are blessed with a special performance by the Hamilton Aerial Group. A lot of people have seen the silk aerialists out at Supercrawl and other events across town and then occasionally we get treated to a more complete theatrical production that melds aerial work, puppetry, stiltwalking, video, music, and story.

This particular show, "Le Nuit de Glace," took place on February 10 at the Cotton Factory. I had been to the show last year and was loosely anticipating the same kind of production and was pleasantly surprised at how different this one was. 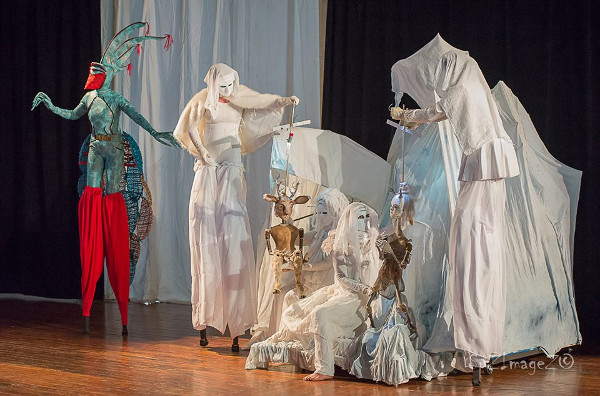 Last year was a lot of singing and there was speech and it was more of a variety show. This year's was more glacial and completely without words. Therefore, all of the story was being generated by the puppetry and movement, which was completely to my liking.

Even my eleven-year-old son Erik found it interesting that it was not always clear what was happening. We would see a fish or a mermaid or some other aquatic creatures and could debate over the significance of the iconography afterwards. And we were definitely in a chilly arctic scene. 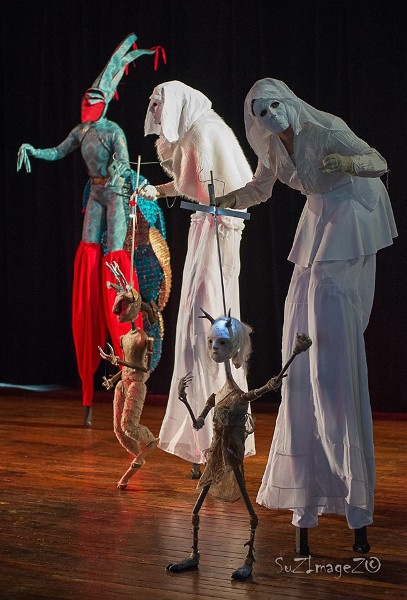 Overall, Erik made a few good points. He said that even if you had no idea what the story was, the costumes were significantly interesting, the beautiful and clearly technically challenging aerial work sufficiently entertaining, and the music so well-executed that any confusion in the abstractions of the storyline didn't matter. 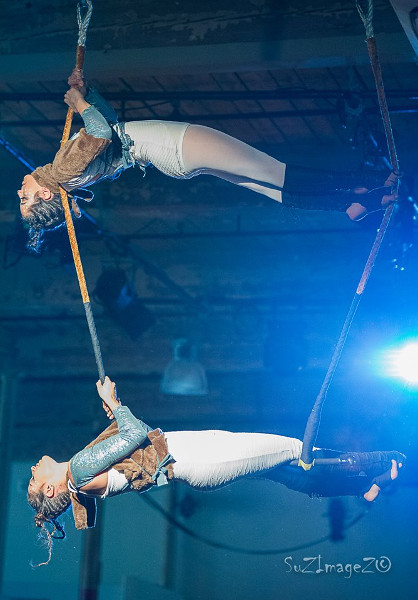 Nevertheless, I then decided to go to the source and see what Lori Le Mare had to say about all this.

"The show was inspired by an article I read about glaciers melting and how scientists were excited to see what ecosystems will form in the water that had been exposed to sunlight now that the glacier is gone."

"I thought that was an interesting positive spin on the otherwise gloomy prospect of global warming. So the show was about that. Two creatures who get separated on a glacier because of global warming (hence the first aerial routine....she was "climate change"). The duo trapeze and duo straps were figuratively reflecting the two creatures and their bond." 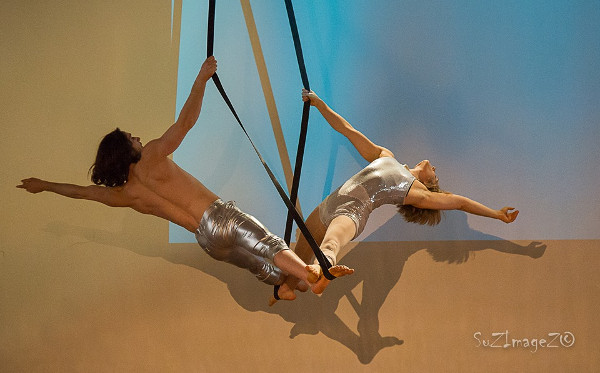 "The hoop routine was the global severity of the ice melting. At the end of the first half the creatures are separated. The second half was about the animals that would be attracted to the warmer waters and in the end help bring the two creatures back together (they leave on the tail of the whale."

"So there was a Selkie (the shadow puppetry was the story of the selkie: a seal that changes into human form), and that led into an aerial hammock routine where the performer was dressed like a seal. Then the octopus spilled out of the glacier (the acrobalance routine) and that led into the octopus rope routine. Then the Tardigrade rope routine and lastly the entrance of the whale."

Just when we thought this could not get any weirder or more interesting, this massive steampunk whale machine comes around the corner with lights and gears and completely astonishes. 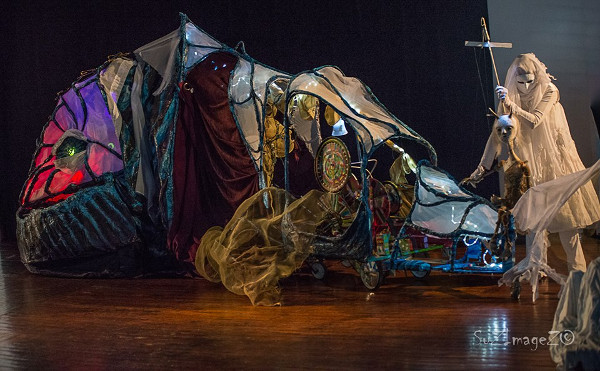 I cannot wait for next year!