Subject to a 'Minor Variance': Another wasted opportunity

Receiving a notice about a minor variance quickly turned from curiosity to mobilization, and it's a lesson in civic engagement that we won't soon forget.

I've been planning to finish this trilogy (see part 1 and part 2) for a while now but it has been hard to find the words. We have just been waiting. Nothing new has been submitted by the developer to satisfy the conditional approval that staff gave this project in September of last year. The Days Inn at 210 Main Street East looks like it might be here to stay. 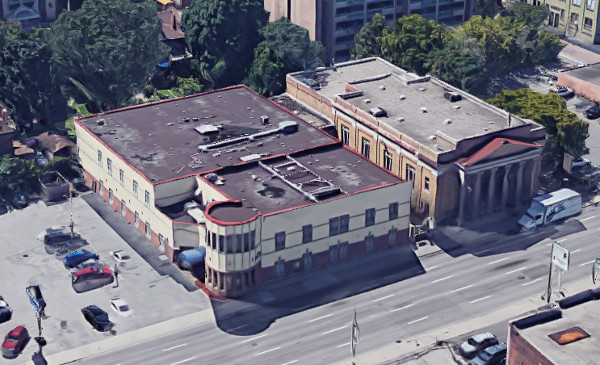 My initial interest in this development stemmed not from a general sense of ire at something new in my neighbourhood but from trying to understand how a project could get so far along without meeting some really basic requirements. It's the easy questions that no one can seem to answer that trouble me most.

How, for instance, do developers get through almost all of the City's Site Plan Approval process without having to do extensive consultation with the community or having their finances vetted to ensure that they can afford to develop the land in the first place?

To my first point, why not make it mandatory for developers to sit down with residents, on equal terms, to talk about their plans for development? It's easy enough, really. The City could hire someone to facilitate meetings between residents and developers as part of the planning process.

I think almost everyone, including developers, would appreciate this sort of leadership to help start conversations before all of the major decisions have been made. Nothing creates tension, fear, and mistrust among residents more than finding out about a project just when the shovels hit the dirt.

And to my second point, why shouldn't developers or property owners go through some initial financial vetting? The current process means that City staff spend countless hours reviewing, evaluating, and commenting on a project before they ever know if the proponent can afford to build it in the first place.

The ill-fated Connolly development project at 96 James Street South - the site of what is now the ruin of the James Street Baptist Church after another 'minor variance' - is the perfect example of how some financial vetting would have helped. 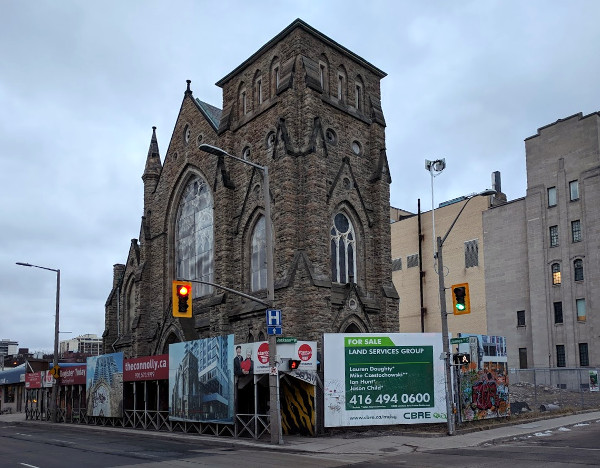 How much of the City's money and staff's time should we throw away on projects just because someone tells a councillor that they mean well and have good intentions? What are we doing to vet projects, and developers, to ensure that they meet some minimum requirements?

It's seems to be a very Hamilton story for our city to extend their hand - and our resources - any time a wealthy landowner shows the slightest interest in "starting a project".

Read through Their Town or The People and the Bay for examples of Hamilton's seemingly eternal goodwill toward those who want to "make a little money off the land" (or the water, as the case may be).

I say: enough already. Developers are flocking to Hamilton. It has long been time to stop pretending our downtown is a Community Improvement Project Area just so that we can offer millions of dollars of incentives to entice people to build in Hamilton.

Development can help to strengthen communities, but we shouldn't develop for the sake of developing.

All that being said, and despite some of the frustrations and disappointment, I'm glad I got more involved in what was happening in my neighbourhood.

I got to know my neighbours better and I made some new friends. And I learned a lot about how this City functions, who controls what gets done, and how we understand ourselves.

Most importantly, it's made me more engaged with and awake to the vulnerable folks in our community who suffer most from all of these shenanigans. If the People's Plan for Downtown event held on March 6 was any indication, Hamiltonians want to stay in their neighbourhoods, want those neighbourhoods to remain affordable, and don't intend to be pushed out.

For me and my neighbours, receiving a notice in our mailboxes about a minor variance quickly turned from curiosity to mobilization, and it's a lesson in civic engagement that we won't soon forget.

I hope that by sharing this experience with others, it can be understood as not only a cautionary tale for our neighbourhood but a warning for a Hamilton that continues to give away its present and future in exchange for handshakes and unfulfilled promises.