Some folks love to peddle conspiracy theories as part of their opposition to transit expansion and the topic of 'wires' comes up.

As a follow up to my previous column, Anti-LRT Fearmongering Targets Overhead Wires, I received more information that I thought was worth sharing on the topic of electromagnetic fields and transit. Should we fear wires we see above future LRT lines or GO Transit's Regional Express Rail (RER) lines? To be blunt, no.

First, the experts in this subject are involved and doing all the necessary tests and studies. If we really want to think about risks in life, let's focus on distracted driving from the use of cell phones in cars.

Second, the environmental benefits from switching from diesel buses and commuter rail trains is huge.

However, some folks love to peddle conspiracy theories as part of their opposition to transit expansion and the topic of "wires" comes up. So here's more information, permanently on the internet and not in a Facebook comment that will disappear down the timeline hole or a tweet that will soon be forgotten in sea of tweets.

I recently attended a public meeting for the Union Station Rail Corridor East expansion that will take place. As part of this construction, GO Transit will install new infrastructure to support electrification. Most trains in the future in this corridor will be powered by electricity and not diesel.

As a follow up to the meeting, here's what I was told:

There was a question that was asked was related to the potential danger of electromagnetic fields associated with the Overhead Catenary System (OCS), especially to children's health.

Generally, no adverse Electromagnetic Interference (EMI) / Electromagnetic Fields (EMF) effects are anticipated due to the proposed Electrification of the network. Numerous studies over many decades have been done to examine the effects of EMI/ EMF on the environment/health.

In addition, the Network Electrification TPAP includes an EMI/EMF study to assess the background EMF levels along the rail corridors to document existing EMF and EMI conditions and to determine the potential effects of an electrified system. This study can be found at the following links:

During detailed design of the Network Electrification, further analysis and measurements will be done once the electric rolling stock specifications are known in order to confirm the results and any mitigation measures that may be required. As a reference, we have also attached an image outlining magnetic fields in the home compared to magnetic fields produced by electrification infrastructure.

They also provided his helpful graphic. As you can see, people are already surrounded by magnetic fields in their home. 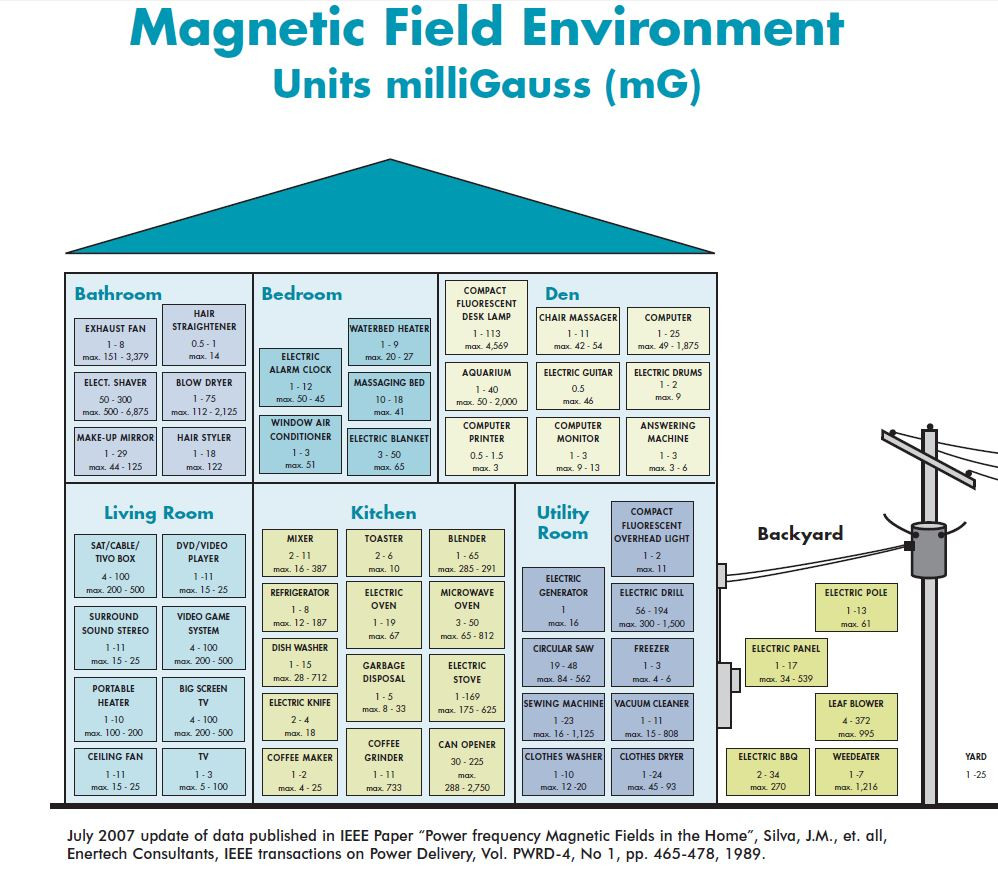 In summary, we need transit expansion and there can be legitimate aspects of it to debate and room for differences of opinion. That said, I'll continue to point out arguments against transit expansion that are based on myths and false information.

I realize I probably won't change the minds of the people promoting these beliefs, but hopefully if others hear about some of these myths they can continue to rely on columns in Raise The Hammer to provide more accurate and factual information that'll provide assurances.

Not to mention that many people live near electrical transmission lines with a gazillion times as much electricity going through them than any LRT vehicle will ever use.