More Work Needed to Include Women in Community Leadership

There is still work to do to ensure that women are fairly and equally represented in senior leadership positions in Hamilton.

At the successful Women of Distinction Awards Ceremony in early March 2017, many amazing women were recognized for their various accomplishments throughout the city of Hamilton. 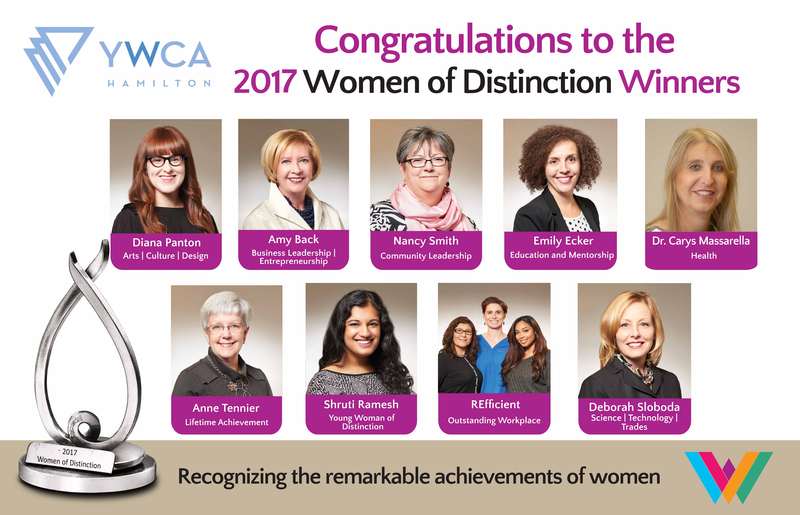 The many women involved in the Women of Distinction event have unmistakably demonstrated their strengths and talents in the community. However, there is still much progress to be made in regards to the number of women who continue to be successful as they make their way into senior leadership positions in their workplace.

In movies, we most often see business leadership teams comprised mainly of men. A California-based institute called The Centre for the Study of Women in Television and Film released some pretty interesting facts [PDF] in 2014 regarding this unequal representation.

In Canada, the Canadian House of Commons is only 26 percent composed of women.

In Hamilton, a 2014 report [PDF] presented in conjunction with the YWCA and McMaster University exposed the less-than-35 percent representation of women in senior leadership positions. So there is still a lot of progress to be made locally.

The truth is that we have reached a point in society where women are doing all they can do for themselves individually. They are getting the appropriate education, they are working hard, and they are making their way up the career ladder to a point, before they either stop climbing, or have to step down.

What seems to be the issue is that even within our progressive society, women continue to wear many hats, many more than men tend to. Even with the shift from single-income households to double-income households, where we see family and work responsibilities more equally shared between two parents, it is still the case that the women of a family garner more responsibilities.

So when a senior position opens that requires major commitment, provides inflexible work hours, and is overall incompatible with a balanced life, women are less likely than men to maintain that position.

Shruti Ramesh, the recipient of the 2017 Hamilton Young Woman of Distinction Award, commented on how she sees these dismal realities playing into her future:

In terms of planning for the future, I don't like to get caught up in hypotheticals and "what-ifs" of how my life might turn out. I think it's nice to have an idea of things you want and would like to see for yourself, but in terms of managing work and family life, the answer is simple: I don't know.

My own mother stopped working and was a stay-at-home mom from when my older brother was born. Conversely, I have friends whose mothers have worked part-time, opened their own medical practices or become partners at their firms, while remaining supportive and present parents.

While I find myself instinctively drawn more towards the latter path, it can be difficult to say anything with certainty while this "family life" I'm trying to balance remains a fictitious one. As a queer woman as well, it's difficult to tell how gendered roles and expectations might play a part in shaping a family dynamic.

While I'm not afraid to prioritize myself, the question of how I plan to navigate this is one I look forward to figuring out for myself.

Shruti noted that she "looks forward to figuring it out for herself," and to do this, the issues of women's representation in senior leadership must be spearheaded not only by herself, but by various other parties such as her family and friends, all leaders in positions of power, policy makers, government officials, and equal rights activists.

When there is advocacy and action to create changes in Hamilton's work environment that are more accommodating to women, we will properly begin to see equal representation in leadership positions.

Korry Garvey is a fifth year student in McMaster University's Arts & Science Program. She is an active volunteer at the YWCA, and is passionate about addressing and finding solutions to issues that affect women in Hamilton.