Ward 1 residents have an immediate and direct opportunity to participate directly in choosing which local infrastructure improvement projects to support with $1.5 million in local capital dollars.

While the city of Hamilton as a whole agonizes over major infrastructure investments, Ward 1 residents have a more immediate and direct opportunity to participate directly in choosing which local infrastructure improvement projects to support with $1.5 million in local capital dollars from the city's Area Rating Reserve Fund. The initiative is called forWardOne, and it's a democratic exercise in participatory budgeting for the west Hamilton ward. 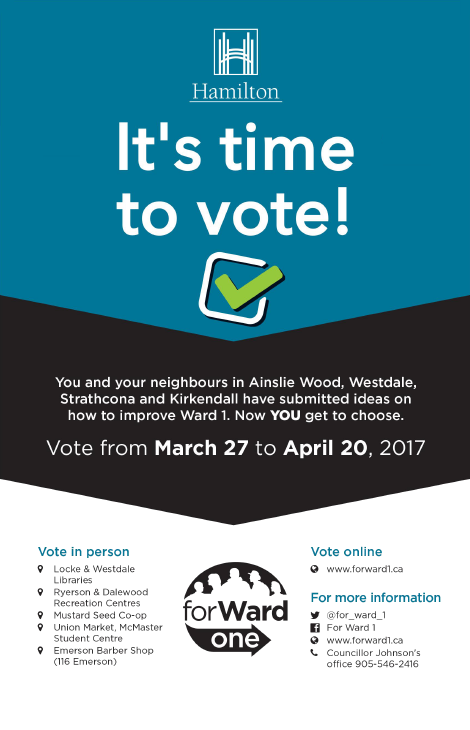 Residents living in Ainslie Wood, Westdale, Strathcona and Kirkendall neighbourhoods can vote for the projects they want to see funded. Voting is available online via the website, or using a paper ballot at any of the following locations: the Locke and Westdale libraries, the Ryerson and Dalewood recreation centres, the Mustard Seed Co-Op, the Emerson Barber Shop, and the McMaster Student Centre Union Market.

Last year, Ward 1 residents were invited to propose capital improvement projects for the ward. City staff and community volunteers went through the list to make sure the project suggestions met the criteria for eligibility: for example, they must be for capital projects, and they must not already be underway in an existing city project.

You can view an interactive map showing the shortlist of project finalists on the forWardOne website. 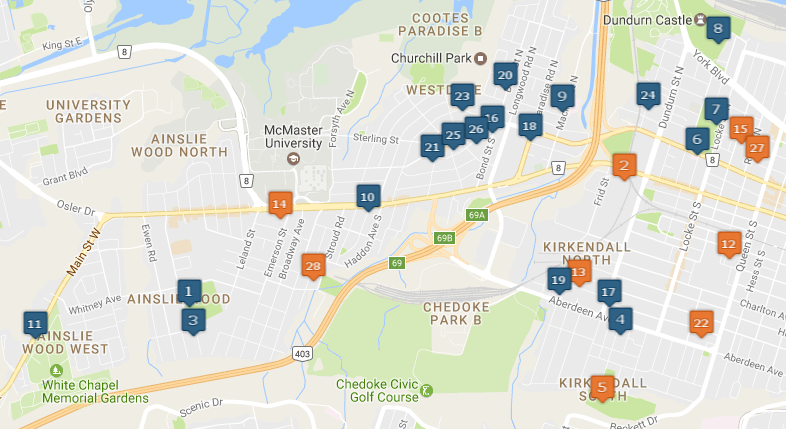 Map of Ward One PBAC projects

Voting commenced on March 27, 2017 and continues until April 20, 2017. If you live in Ward 1, please participate in this democratic budget process and make your voice heard.