Review: It's Only a Play

In her directorial debut at the Guild, Moe Dwyer has, with her tight and focused direction, deep understanding of comedy and snappy pacing, secured herself a chair of honour at the director's table for years to come. 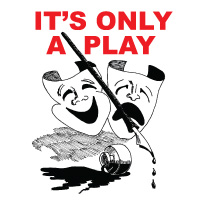 It's Only a Play

Couldn't get tickets to "It's Only a Play" on Broadway? No worries! The Players' Guild of Hamilton have mounted their own production of Terrence McNally's madcap showbiz knee-slapper, and guess what? The Guild production is a lot more fun.

There are laughs galore in this venomously hilarious play that walks a fine line between satire and farce. And director Moe Dwyer and her wonderfully zany cast have found every single one. The packed house on opening night barely had a chance to catch its collective breath between laughs.

Terrence McNally's hot-ticket play has fared far better in revivals than it ever did in its 1985 off-Broadway run. Perhaps because over the years it's become a showpiece for bigger and bigger names.

The 2014-15 revival featured Broadway big guns Matthew Broderick and Nathan Lane (later replaced by Martin Short) along with Stockard Channing, F. Murray Abraham and Megan Mullally, becoming a mega-seller and almost a curiosity due to its star power. The star turns however led to a more and more over-the-top and self-reverential interpretation.

The Guild production is so refreshing in its more straightforward and natural treatment of the script. No room for gratuitous mugging and preening here, and no need either. The group dynamics flow so smoothly with no one trying to steal centre stage. And just when you think it can't possibly get any better, it does!

TV sitcom star Jimmy Wicker has flown in from L.A. to support his best friend, anxious playwright Peter Austin, whose career is riding on the success of his new play, "The Golden Egg".

But Jimmy has his own anxieties about the fate of his sitcom. He's secretly there for some good old fashioned schadenfreude, having turned down the lead in his buddy's play.

Virginia Noyse, the has-been, substance-abusing star hopes this return to the theatre will revive her flagging career, while Julia Budder, a clueless but moneyed neophyte producer is hoping and praying she's gambled on the right investment to secure some cultural significance.

Also present in the inner circle are Ira Drew, an eviscerating, bitchy critic and Gus P. Head, a fledgling young wannabe actor manning the coat check. As they're all anxiously sequestered in the producer's lavish Manhattan boudoir, nervously awaiting the reviews, the celebrity-packed opening-night party is in full swing offstage.

Jason Swenor hits the right note of smug self-involvement as Jimmy, while convincing us there may still beat the heart of a true friend under his opening-night tux. As theatre-hopeful Gus, Tom Mays gives a performance that is so true, so real and so full of infectious energy, he gets the evening going on an impressive note.

Barbara Fisher's entrance as madcap Virginia is unforgettable, revealing her to be a fearless mistress of comic timing and virtuosity as she morphs from strung-out harpy to breathy grande dame (and back again) in an instant.

Matthew Willson, alternating rage and calm, brings new meaning to eccentricity as Frank. It's a tour-de-force performance that lets us know that for all the manic flash of this colourful magpie, there's something very visceral, immediate and real under the fruity exterior.

Babe Schurter-Santi has a good time as Julia, the dimwitted producer with delusions of grandeur and looks marvellous doing it, and Randy Coutts brings the venom as Ira.

Stephen Black may not have been the obvious choice for the role of Peter, but he turns out to be far and away the best imaginable person for the job. While clearly totally in his element in screwball comedy, he brings to the role a genuine earnestness that elevates the piece into something more than satire.

As he sings a paean of praise to the world of theatre, he conjures a guileless and unfeigned sense of wonder that provides a much needed heart to counterbalance all the snark.

In her directorial debut at the Guild, Moe Dwyer has, with her tight and focused direction, deep understanding of comedy and snappy pacing, secured herself a chair of honour at the director's table for years to come.

Partly a heartfelt love letter to the glamorous world of Broadway, "It's Only a Play" also lampoons the hypocrisy and narcissism at its centre. The acid-tongued barbs fly fast and furious and no celebrity is safe as the clock ticks down to the inevitable arrival of that all-important review.

This is not a production you want to miss. Tickets will soon be gone, so book yours now.