President Trump: A Few Thoughts on What it Could Mean for Hamilton

The impact of the Trump presidency will be felt all around the world, including Hamilton. Here are three things to watch for.

Donald J. Trump is likely to be the most divisive, controversial, and significant president that the United States has seen in decades. The impact of the Trump presidency will be felt all around the world, including Hamilton. Here are three things to watch for:

Trump won the election by mobilizing folks who normally don't vote all that much, namely white, lower-middle class males. He did this with populist rhetoric, railing against 'elites' and making popular, but ultimately unfeasible promises to voters who are tired of the same old ... er ... stuff.

When looking at this on a map, there is another clear feature: the surge in Trump support came from the Rust Belt. Of course there are plenty of differences between Canada and the United States, but some conditions which allowed populism to fester in the American Rustbelt are likely common to the Canadian Rustbelt, including Hamilton. 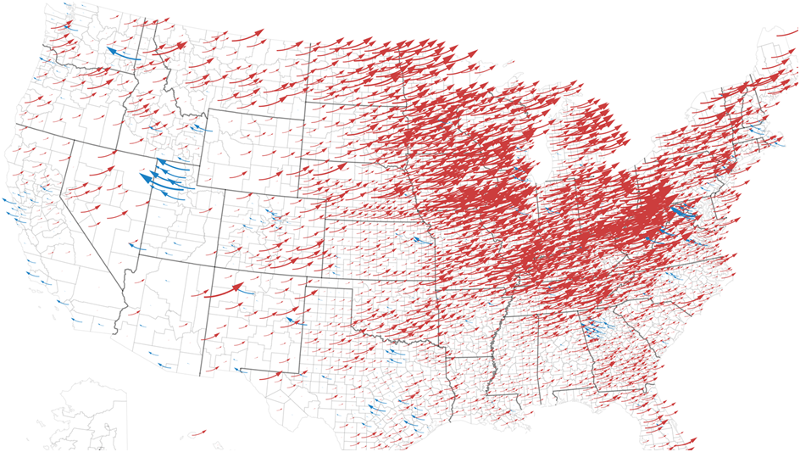 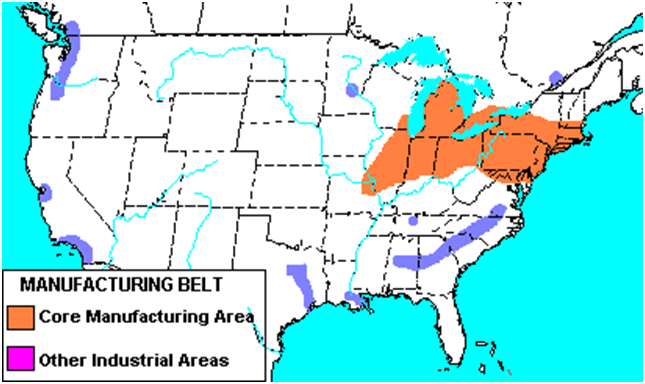 This does not mean that Hamilton can expect its own Donald Trump. Trump is the product of many conditions that are absent in Canada, including a troubled history of race relations and high levels of income inequality. Plus, there has been a steady divergence in Canadian and American cultural values.

So maybe not Donald Trump, but a Hamiltonian Rob Ford or two is not out of the question. This means that acerbic policy debates, like the one about LRT, are not going away.

All that is to say, get ready for a bumpy ride with some possible upsets in local election races.

With Congress, the Senate, the presidency and soon the Supreme Court all being held in majority by the Republican party, there are lots of Democrats looking for something to do. Many have already started throwing their weight into municipal government.

Regardless of where you land in partisan politics, this is probably a good thing for cities. It's difficult to imagine any circumstances that would have a bigger impact on municipal policy than half of the American political class doing a mandatory tour of duty in municipal government.

For one, these folks will bring cities a wealth of expertise from higher orders of government. For another, when Democrats start winning state and federal office again, there will be a generation of politicians, staffers and activists that have cut their teeth on city issues.

Hamilton can piggyback on this wave by keeping a keen eye to policy experimentation in comparable cities south of the border, like Pittsburgh and Buffalo. Hamilton should position itself to learn which of these cutting edge policies work and which don't.

This would also be a good time to start recruiting talent, sending people for training and making professional networks with peer cities.

With a bit of foresight, the city of Hamilton could even find itself a leading municipality in city services for a change.

Trump has been remarkable in his policy inconsistency, and the emerging divisions within the Republican party will make for even more inconsistency. This could turn out any number of ways for Hamilton.

If Trump pushes through some of his energy policy as promised, that could mean more oil exports from Canada, a higher Canadian dollar, and more of the same sluggish job creation in manufacturing in Hamilton that was characteristic the late 1990s and 2000s.

However, the low global prices for oil seem to make a new Canadian oil boom less likely, and this tenet of Trump's energy policy less realistic.

If, on the other hand, the loonie does stay low and American economic growth is as high as projected, this could turn out quite well for some of Hamilton's traditional blue-collar industries.

The other major uncertainty is at the border. Trump's "Buy America" policies could very well disincentivize big manufacturing from scaling up operations in Canada, with businesses opting instead for bigger American operations. Perhaps Canada's special relationship with the US would make us exempt from "Buy America", but perhaps not.

In a similar vein, if Trump does enact as hard a stance on immigration as was advertised in the campaign, that will have a big impact on Canada's border. If the Canada-US border tightens up, that could mean trouble for industries that do business in the US, as well as for the transportation and logistics sector more generally, which is a big part of Hamilton's economy.

Trump may not be our president, but his time in office is still very much our concern.