Only in Hamilton do we get this kind of loopy lunacy. Personally I cannot wait.

When I was in high school in Winnipeg, Manitoba, my entire impression of Hamilton was based on the Ti-Cats, the Forgotten Rebels and ... Cadillac Bill & the Creeping Bent. I saw him in downtown Winnipeg at the old Spectrum Cabaret and he was just the right kind of weird for my teenage brain to get behind.

So when I initially moved to the Hamilton area, I actually thought to myself, "I'm in Cadillac Bill's town!" For those who have not had the pleasure, Cadillac Bill is a long time creative force in the Hamilton scene initially as a musician and more recently as a TV host. His latest project almost defies belief - a spoof of the hit show Downton Abbey using taxidermied stuffed rats! 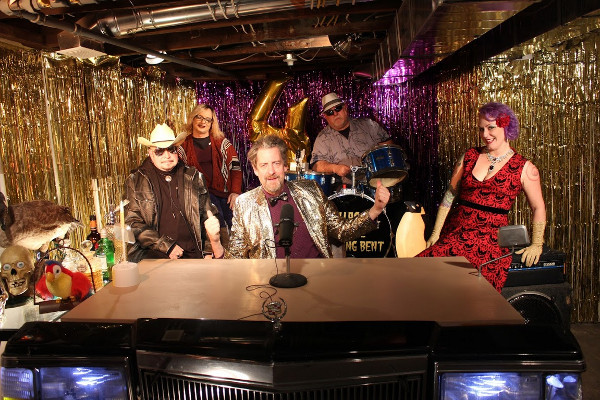 Cadillac Bill and the Creeping Bent

Here is what the man himself had to say about all this in our recent interview.

On The Cadillac Bill Show: We've got our fourth season about to start in January on Tuesdays at 11pm on Cable 14. We've done four years and it's pretty much delving into the seedy underbelly of Hamilton. Actually I shouldn't say "seedy" because it's actually rather charming.

I've owned about fifteen Cadillacs in my life and that's why I'm called Cadillac Bill. My set is a grill from a Cadillac that I found at a scrapyard to build a desk. The glittery curtains I use were actually left over from my band days when we used to tour and we had gold, glittery curtains and a bubble machine and all that.

I had my band Cadillac Bill and the Creeping Bent for about twenty years or so and we toured in, of course, Canada many times and played all over. After twenty years, I had just had enough and I figured I'll do a little cable show on Cable 14. That became rather good fun.

I miss being able to play. I haven't actually picked up a guitar in a while. I miss that at one point I was a musician performing but I certainly don't miss actually doing it. I mean it would take me an hour and a half to set up every show -the curtains and the pyrotechnics and... (trails off) So an hour and a half just to set up a show and now I've got my show set up permanently in my basement.

My slogan is "We're even more pathetic than Wayne's World. We're all in our forties!"

On Downton Alley: This is going to be the most unusual event probably ever in the history of bars, I think. What I've done is I've done this seven episode spoof of Downton Abbey.

These are nine-minute episodes called Downton Alley using stuffed taxidermied rats, and they're all dressed up in Edwardian outfits and all in beautiful sets. Or semi-beautiful.

Downton House is actually a box for Kleenex, the toilet tissue, and it's all filled with furniture and everything. So we've pretty much reconstructed the entire first season of Downton Abbey's script and all, but altered it to be about RATS. 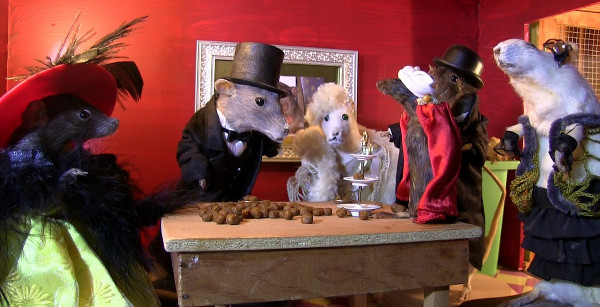 So here are these little rats all talking and they're talking with the voices of Hamilton musicians. We've got Ginger St. James Lori Yates, and Tim Gibbons. And the Creeping Bent Orchestra.

On the evening of the event, the audience will be treated to these episodes interspersed with musical sets from the aforementioned performers. So it will be the bands and seven family-fun, heartwarming episodes of Downton Alley with stuffed rats. Adorable stuffed rats. Can you imagine anything more heartwarming and adorable than taxidermied stuffed rats?

On The Inspiration For Downton Alley: Last year we interviewed this woman called Anxixa Risk who has moved from Toronto to Hamilton and is a taxidermist. She's one of the coolest people in the city.

When I was interviewing her and she was talking all about her rats, I just couldn't wipe the smile from my face. I was chuckling and thought these were the cutest, craziest things and I thought I have to make a movie with these rats somehow. I really wanted to do a classic old movie or something but then it occurred to me to do Downton Abbey. 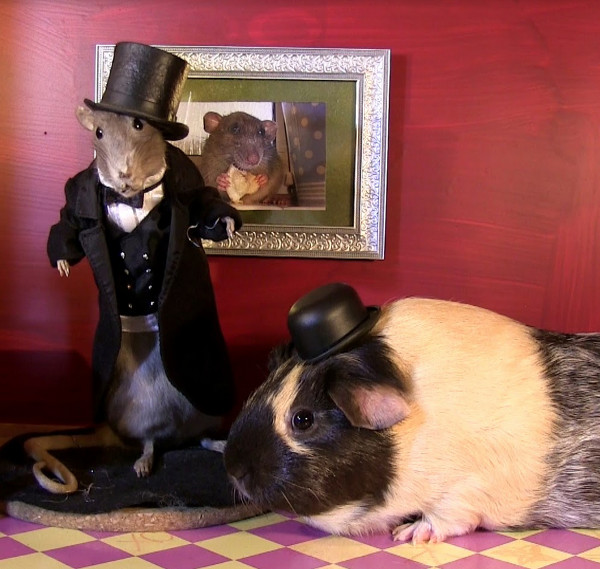 And by the way as a sidenote, I had never watched any Downton Abbey episodes ever. All I did was download the entire script for Season One and edited it and changed it and proceeded to make my Downton Alley not having any idea whatsoever what any of the characters were. Or anything!

Since then, a few weeks ago, I watched a couple of the episodes from Season One that I had spoofed and I realized my rats, the characters, the people who do the voices actually are much better actors.

The Downton Abbey actors are all so stiff. All of our actors put so much more emotion and are more dramatic, more lively. I feel that any Downton Abby fans will much prefer Downton Alley because the acting is way better and the characters are more believable, more realistic.

So there you have it, folks. Only in Hamilton do we get this kind of loopy lunacy. Personally I cannot wait. See you all there!