Alanis Obomsawin's latest project documents the nine-year legal saga that pitted Indigenous Canadians against the Harper government over the deplorable quality of services provided to children and youth on reserve.

In late August I enjoyed a quiet week in Kingston. I go there for the incredible food, the diverse art galleries, and the peace of Wolfe Island. One of my favourite galleries to visit is The Agnes Etherington Art Centre at Queen's University. I was pleasantly surprised to find an exhibit showcasing the photographic work of the National Film Board (NFB).

A long time devotee of the NFB's documentaries, animated and feature films, I had no idea that this iconic institution had been the official photographer for the federal government and tasked with promoting 'life in Canada.'

The Still Photography Division of the NFB produced 250,000 images. Many of these shots accompanied officially scripted text that was released for use in newspapers, magazines, books, filmstrips, and exhibitions. Think of this as infomercials fueled by government propaganda.

I say this because during World War II, young, beautiful white women were pictured working in munitions factories and then shown enjoying the perks of earning their own money and living the single life. While in the 1950s, white middle-class Canadians dressed in their Sunday best posed in idyllic settings often sitting in brand new shining cars. Today, it's abundantly clear these shots were meticulously staged. It's also true they evoke nostalgia for a very select segment of Canadian society.

The NFB's early photographs of Canada's north were mystical because for the most part they were void of men, women, and children conveying the impression that this pristine land was untouched by humans. The few photographs that included Inuit or Indigenous people used them mainly as staged backdrops for the scene, or show them being taken care of or helped by white Canadians.

Unlike their European-Canadian counterparts, Inuit and Indigenous people were left nameless and unidentified. It's clear they were invisible, unimportant, and even unnecessary to understanding the history of Canada's north.

Fortunately, Project Naming undertaken by Library and Archives Canada in collaboration with Nunavut Sivuniksavut and the Nunavut Department of Culture, Language, Elders and Youth will attempt to identify the Inuit and Aboriginal peoples found in the collections of the NFB, the Royal Canadian Mounted Police, the Department of Indian and Northern Affairs, the Department of Health and Welfare, and a variety of private collections.

Over the past five decades the NFB has been making amends by showcasing the work and art of Canada's Aboriginal peoples. Alanis Obomsawin, a member of the Abenaki Nation and one of Canada's foremost documentary filmmakers, has directed almost 50 films with the National Film Board during her 50-year career.

Her multi-award-winning body of work gives voice to Canada's Indigenous people and include the 1993 feature documentary Kanehsatake: 270 Years of Resistance, and Hi-Ho Mistahey!, which premiered at the Toronto International Film Festival Film (TIFF) in 2013.

Obomsawin's latest project, We Can't Make the Same Mistake Twice (WCMTSMT), documents the nine-year legal saga that pitted Indigenous Canadians against the Harper government. At issue was the deplorable quality of services provided to children and youth on reserve. 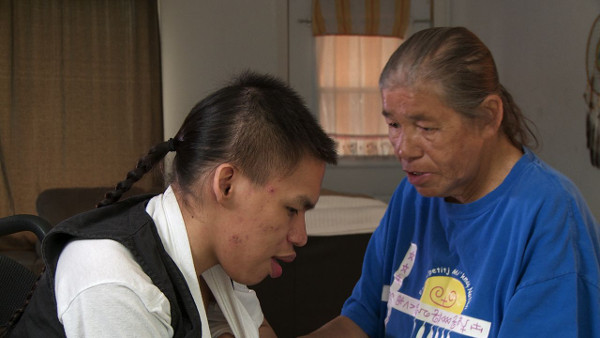 In a phone interview, Obomsawin said she made the documentary because, "I feel much higher than hope that there's a possibility for big changes. People are ready to watch and listen to what the story really is. It's a very different time for our people."

In 2007, the First Nations Child and Family Caring Society of Canada and the Assembly of First Nations filed a complaint against Indian Affairs and Northern Development Canada based on Section 5 of the Canadian Human Rights Act.

In order to qualify for services that were readily available across the rest of Canada, children on reserve had to be apprehended and placed in foster care, most often in non-Native homes.

This explains the 71.5 percent increase in the number of First Nations children entering care between 1995 and 2001. It also clarifies why Indigenous children are six to eight times more likely to be in foster care than other Canadian children.

During the course of the film, it becomes evident that the system of service delivery on reserve was purposely designed to fail. The dearth of adequate social services is attributable to a funding formula based on the size of the child and youth population being served rather than need within the community.

This inherently flawed way of delivering services has had the greatest impact on small communities which often fail to qualify for any funding of services.

In May 2008, the Auditor General undertook a review of the delivery of child and family services on reserve and determined the funding and delivery of services was unjust.

The federal government funds reserves based on an assumption that 6 percent of the children will be in care. Reality shows that number can be as high as 14 percent to 18 percent because policy dictates Indigenous children on reserve must be in care to receive services.

In addition, no increases in funding for over 27 years compounded by the reallocation of resources on reserve means that on reserve child welfare services are chronically underfunded, receiving 22 percent less federal money than their non-reserve counterparts. Obomsawin said, "It's a matter of educating to understand better that the money doesn't always meet the needs of the children."

It gets even more complicated, and infuriating, when you learn the federal government is responsible for funding child services on reserve while provincial governments fund services off reserve.

The blatant conclusion? It's best to be an Indigenous child living off reserve when in need of access to services. It also becomes abundantly clear that disputes between the two levels of government arising over payment for services has caused undue hardship to Indigenous children, families, and communities.

Jordan's Principle, passed unanimously in the House of Commons on December 12, 2007, was a private members motion based on the child-first approach that was to be invoked when there were intergovernmental disputes over payment for services.

In theory, the level of government that has first contact would assume all costs of child services and continue to pay them until a settlement was reached regarding jurisdictional disputes for First Nation Children on reserve.

A total of four criteria had to be satisfied before a case could be deemed eligible under Jordan's Principle. To date, not a single case has met that threshold.

At this point, if you're not completely embarrassed by the federal government's treatment of our Indigenous children on reserve, then what happens during the course of the nine-year legal battle will leave you completely frustrated and infuriated! The underhanded tactics of the Harper government included:

Obomsawin intersperses the proceedings with videos and interviews with the children and families affected by the on reserve policy. She also devotes considerable time to children's advocate Cindy Blackstock. As Obomsawin observes, "This is a mission for Cindy. She tells it like it is. She doesn't back down. She will not abandon the children."

Between court scenes, Blackstock can be seen engaging with school children attending the tribunal. Obomsawin was impressed because, "The children have become so responsible and speak like adults to help other children going through difficult times."

The tribunal heard 72 days of testimony, which ended October 24, 2015. On January 26, 2016, the tribunal released its decision and found the federal government had in fact discriminated against First Nation children living on reserve.

Like the unidentified Inuit and Indigenous people in the NFB photos, it's important to remember that all on reserve children have a name, a family, and a village that cares for them.

Obomsawin is currently at work on a documentary focused on Jordan's Principle. Next, she'll work on a follow-up documentary to We Can't Make the Same Mistake Twice to see how on reserve children have benefitted from the tribunal's decision because as Obomsawin observed, "You win, but what do you win?"

This article first appeared in rabble.ca.