Eyes on the Street: Inception Train at Main and Gage

From time to time, a CP train engine passes diagonally right through the intersection of Main and Gage.

Last Thursday, my son and I were riding around on the pump track at Gage Park when we heard the horn of a train engine and the ringing bell of the railway crossing on Cumberland. I yelled to my son to follow me and we rode through the park to the northwest corner, where an exciting and visually stunning event was about to unfold.

We got there just in time to watch a CP engine pass diagonally right through the intersection of Main and Gage. 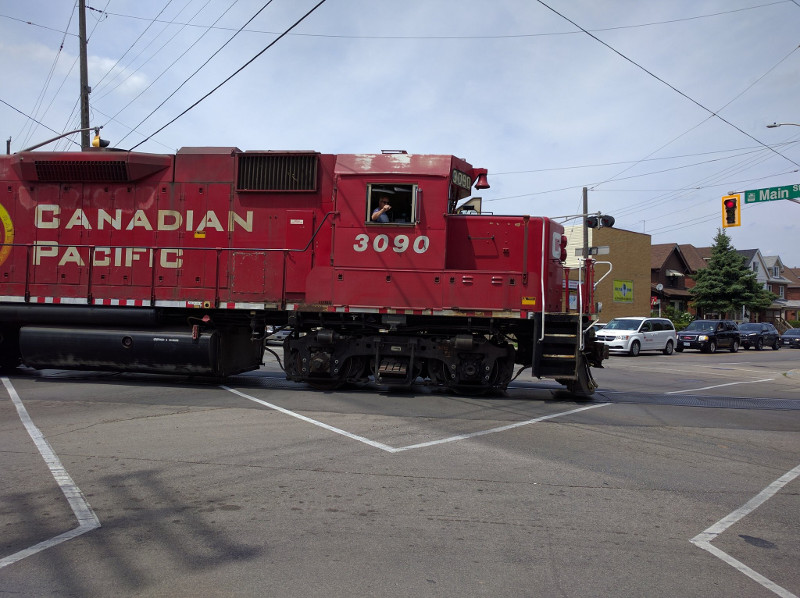 My son waved and the operator kindly waved back - you can see his hand in the window.

For the train nerds

Truly surreal if you're lucky enough to see this. Love it!

The same train goes by my friends house a couple times a day. We sit in their backyard and wave at the conductor.