Kevin Love observes a notice about upcoming bike lanes on Herkimer Street and the return of the Cannon Cycle Track planter boxes.

These two photographs were taken in the past 24 hours.

The first one was taken on Herkimer Street near the Hamilton Bike Share station in Durand Park. Finally, the much-delayed bike lanes! 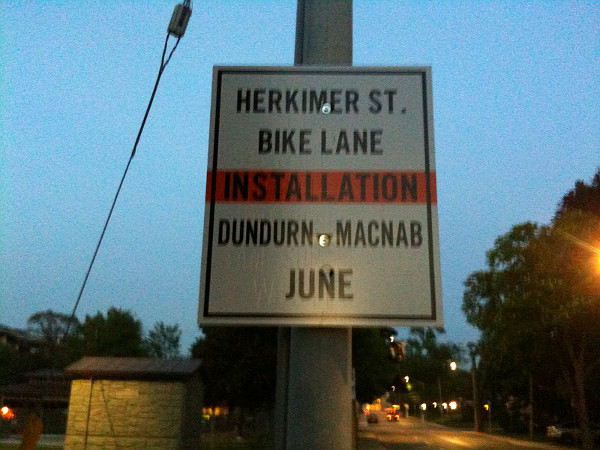 The second was taken on Cannon Street. Like the swallows of Capistrano, the Cannon Cycle Track planter boxes make their spring migration onto the street. 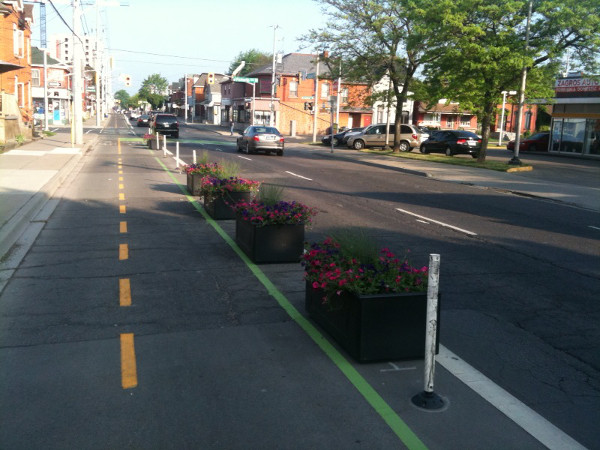