Pier 7 and 8 Urban Design Study: Good, but not yet Great

There are still opportunities, specifically from a transportation perspective, to develop this community as one that embraces sustainable transportation and can lead Hamilton and the broader region towards better health and reduced emissions.

Hamilton's waterfront is in the midst of a major rejuvenation. More former industrial lands are being opened up all the time, creating public access to the waterfront that has not existed since before the industrial revolution. At the epicentre of this is Pier 7 and 8, waterfront lands just east of Bayfront Park owned by the City and currently being planned as a new community.

Figure 1: Aerial shot of the present day state of Piers 7 and 8 in Hamilton (source: Pier 7 and 8 Urban Design Study)

It is not often that a city has an opportunity to redevelop prime waterfront lands in such a dramatic fashion as this, and it is imperative that it be done right. Using traditional planning and engineering standards to build a community for the future will almost certainly lead to traditional outcomes, in the form of environments that prioritize motor vehicle travel above other modes.

The community has spoken loud and clear - maintaining the status quo for this new community is simply not acceptable. To that end, the city and its consultant, Brook McIlroy, have responded with plans for a pedestrian-centric community with vibrant green space and mixed use development that supports walkability and sustainable living.

While the plan is good, it's still not great. There are still opportunities, specifically from a transportation perspective, to develop this community as one that embraces sustainable transportation and can lead Hamilton and the broader region towards better health and reduced emissions. 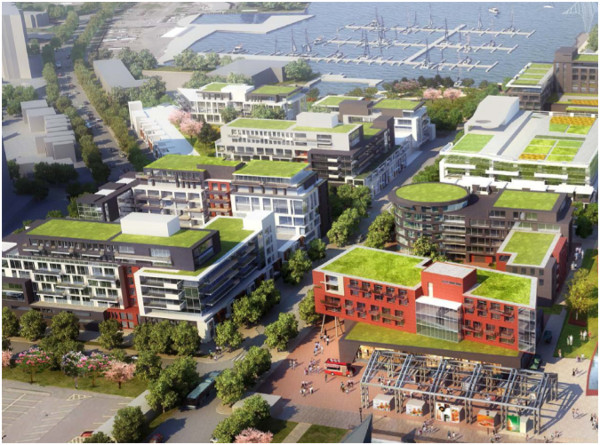 Figure 2: The Pier 7 and 8 Urban Design Study lays out the plans for a vibrant, pedestrian-oriented new community

Specifically, the following transportation changes are recommended to the plan for the new Pier 7 and 8 neighbourhood:

The plan makes it clear that oversizing of streets is undesirable, with the statement that "Roadway lane widths should be adequately sized as shown in the street sections and should not be oversized". So how wide is too wide? The current plan calls for driving lanes that are 3.5 metres (12 feet) wide. 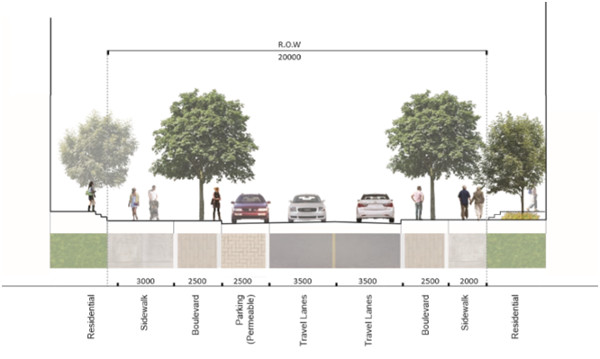 Figure 3: Planned cross-section for most new streets in the Pier 7 and 8 Design Study

The review also found that contrary to common belief, reducing lane widths to 3.0 metres does not lead to increased congestion or more accidents. In fact, if narrower lanes lead to reduced motorized traffic speeds, the likely result would be reduced collisions and pedestrian injuries.

If the city is serious about designing this neighbourhood as pedestrian-centric, it should be considering leading practices from other jurisdictions.

This section of the document leads with the statement that "Pier 7 and 8 enjoys good access to bus transit", and then suggests that future expansion will likely be needed.

First of all, according to WalkScore.com, the "transit score" of the southern point of this neighbourhood is a mere 35, which translates to "some transit". Imagine the brochure for a new development in the neighbourhood making the claim that their sustainable, leading edge development comes "some" transit access - not exactly a compelling proposition is it?

Common research suggests that people are the most open to changing their mode of transportation when moving to a new location. On this basis, in order to really drive change, the City should ensure that high-quality transit service is available when these new residents move in, not at some later date after they've already fallen into the habit of driving.

The HSR should explore options for enhancing service to the area, to provide 15-minute service or better during all hours of the day, not just during commuting hours.

One possibility would be expanding the Upper James bus route north to reach Pier 7 and 8, rather than terminating at the MacNab Transit Terminal as it currently does. This would mimic the planned route for the A-Line rapid transit route, which today is only served by a 30-minute frequency bus during peak hours.

Parking is perhaps the greatest opportunity to make a bold statement with this new development. And yet, the plan calls for a whopping 1,422 parking spaces. This value translates roughly to one parking spot for each new residential unit in the neighbourhood - a provision that accommodates the City's traditional zoning bylaws and almost certainly guarantees that residents will be owning cars and driving to work. 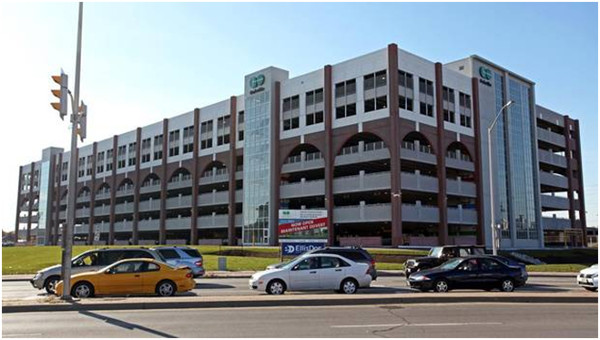 In addition, the dense nature of the site requires parking to be provided in structures, as part of the new developments and in a large 640-space parking garage in the heart of the neighbourhood.

While these spaces won't likely be paid for by Hamilton taxpayers, they will be paid for by the future residents of this neighbourhood, built into the costs of the residential units.

Instead of maintaining the status quo, the city should take a more flexible approach, requiring a smaller amount of parking while leaving provisions for more parking in the future if needed. Developers should be encouraged to unbundle the cost of parking from the unit costs, giving residents the option of spending money on parking, rather than requiring that everyone carry this expensive burden.

The city should also be cautious of the phasing of development, which currently suggests building all the parking needed for Phase 3 as part of Phase 2. In the short term, this approach will lead to a massive oversupply of parking and will further encourage motor vehicle use over more sustainable modes. 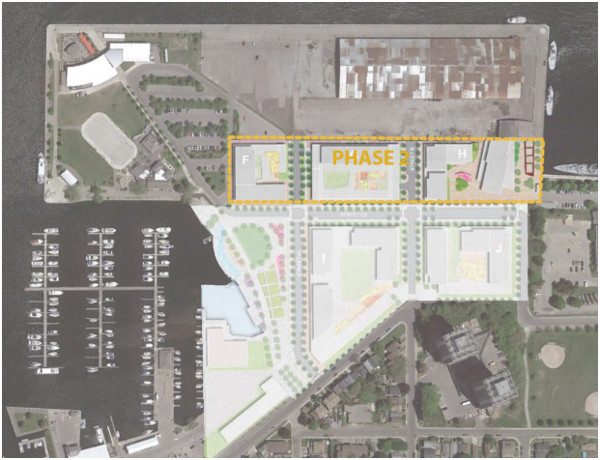 Figure 5: Phase 2 includes the construction of the required parking spaces for Phase 3 development, leading to an oversupply of parking in the short-term

Finally, almost as an afterthought, the plan states "Parking structures should be designed with the ability to be retrofitted into usable space should the area's demand for parking be reduced in the future." Rather than a suggestion, this should be seen as absolutely imperative, as we enter into the age of self-driving vehicles.

In as little as five years, self-driving cars could revolutionize the way we get around in cities, drastically reducing the need for personal vehicle ownership and reducing the overall number of cars by several times. In the near future, large concrete parking structures could quickly become relics of the twentieth century - making it essential that these structures be designed for repurposing.

We can do Better

The redevelopment of Piers 7 and 8 is a unique opportunity and making we should be striving to make it "great", not simply "good". Let's keep pushing the city to ensure that the new Pier 7 and 8 lives up to residents' expectations, meeting the needs of all road users and leading the way in sustainable transportation best practices.

This article was originally published on Matt Pinder's blog, Moving Beyond the Automobile.

What a wasted opportunity to create a car-free community, like The Toronto Islands.

The would address the lack of housing choice in Hamilton. Currently people cannot choose to live in a car-free community because that choice is being denied to them by the City of Hamilton. I, for one, deeply resent car drivers forcibly imposing their lifestyle and its consequences upon everyone else.

If the lack of a car free community is unfair to those who cycle, would a community where only cars are allowed be justified for those car drivers who do not wish to share the road with bike drivers? Certainly cycling infrastructure is needed, but removing the option of car driving altogether in a community does not seem to be a direction that gives fair choice to all...

Sure! I am OK with that. Just make it a fully enclosed roofed-in community where all the lethal cancer poisons of car drivers are prevented from escaping outside that community.

Just like with tobacco smokers, I am OK with car drivers breathing their lethal cancer causing poisons all day long. Provided that those poisons are safely enclosed and kept away from myself, my family and my community.

There is nothing wrong with having cars, driving cars or parking cars but people in a city need to have other options built in to new developments like his. It has to be walkable and bikeable AND driveable. Right now way too much of Hamilton is built only for cars. Will be nice to see something down by the water that isn't just an old warehouse.

Among other things, the "something wrong" would include the 93 people poisoned and killed each year in Hamilton by motor vehicle operators. Also the 397 people poisoned by motorists and injured so severely that they have to be hospitalized.

Like asbestos, these poisons have no safe dose. The only acceptable tolerance is Zero Tolerance.

You're tilting at windmills if you think cars are the enemy. That being said there are lots of things Hamilton can do better to become a more liveable city for everyone here, not just drivers.

Hamilton is not a very liveable city for any one of the 93 people poisoned and killed by motorists each year. With the victims being disproportionately children.

One of the requirements for being a liveable city is having people not being dead.

You can move out to the country, the irony of course is that you would need a car to get anywhere.

The A-Line bus currently ends at Williams Coffe Pub. No need to extend the 27.
The city needs to turn it, and the B-Line, into full-service routes as they both have limited weekday service.

Great point, yes that's a better idea than extending the 27 I agree. The A-Line express currently runs every 30 mins during peak hours only, which is simply not enough to be able to claim the neighbourhood has "good" transit service.

What an excellent article Matt! Thank you for sharing your vision and ideas. Loved the $50,000 price tag (transparency) suggestion and the smaller width streets!

Glad you enjoyed the article! I've submitted a few of my recommendations to the planning committee meeting today, hopefully there's some receptiveness from council members.

I drive a car and I agree on using narrower streets for the Waterfront -- it makes so much sense for this area -- use the leftover space of 3.5 meter lanes to create two 3 meter lanes + protected cycle lanes.

Keeping the door open to shrinking the garage size would be a good idea -- it would be contingent on Waterfront A-Line LRT. Phase 1 won't need the garage (yet), and Phase 2 could be built when the LRT is extended to the waterfront.
Phase 1 could begin building well before the LRT begins building.

There's already a greenway in the waterfront plans, which at least provide a micro car-free community (at least along one "road" where one road would have gone. I'd love to see more of these, and the option of "car free" living is easily possible here especially if the A-Line extends to Guise St.

Let's take advantage of these waterfront plans, and make the necessary minor tweaks. Mixed income elements is a widely suggested tweak. And definitely, slightly narrower car lanes would be a great fit, opposition by drivers should be low since there are no "through roads" involved.

Thanks for this Matt. Have you got any feedback from the City on the suggestion they use 3m lane-widths? Narrower lane widths would certainly be welcome from my perspective.