Hamilton and the April 2016 Around The Bay Road Race

Participation and attendance at this year's Around The Bay were outstanding, and Hamilton runners scored great times and records in each of the competitions.

Hamilton's Around The Bay Road Race, one of North America's oldest long-distance running competitions, was held on a chilly morning this year. Some said, "It's cold!" But subzero temperatures could not stop the impressive turnout of participants, volunteers and spectators. 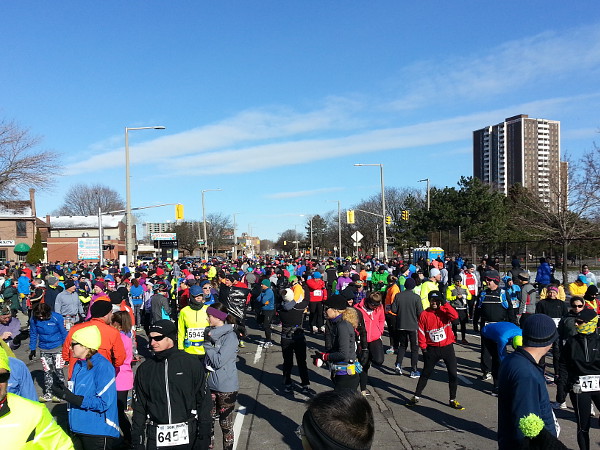 The 5K men's event was won by Paris, Ontario's Josh Bolton, with a time of 15 minutes, 3.5 seconds. Hamilton's Victoria Coates won first place in the women's 5K with 17 minutes, 8 seconds.

Hamilton runners scored great times and records in each of the Around The Bay competitions. For instance, the relay team called Hamilton Bombers, made up of Noah Fleming, Larry Abbott and Jordan Bierema, came first place in the 30K Three-Person Relay Race. Their time was 1:41:18.8.

Runners from Hamilton also ran fast races in the 30K Two-Person Relay. For example, Alemka Novak and Tyler Firth's Longboat Krikendall team came second in their category with a time of 2:25:35.8. About a minute later, Christian Finley and Maurice Voss, registered as St. Joes Relay, scored a third place in their category.

But it wasn't only in relay races where Hamiltonians made great results. In the men's 5K race, Cole Czuchnicki of Hamilton came twelfth with a time of 16:33.0. This gave him a fifth place in his men's 25-29 category. Less then ten seconds later, Alex Broekhuyse of Hamilton crossed the finish line and secured 14th place in the 5K sprint, giving him sixth place in his category.

In the women's 5K, Madeleine Kennedy of Hamilton finished in 19:44.1, which secured for her the eleventh position in the women's 5K run. Furthermore, her efforts gave her a first place in her category. 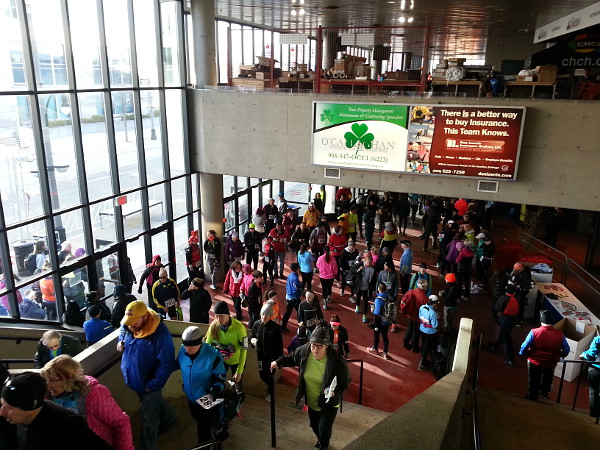 Over 5,255 people are recorded as participants in the 30K race. According to Around The Bay records, the 5K event had 2,381 participants. All participants who completed their races were awarded medals.

The Around The Bay event is also a fundraiser for the St. Joseph's Healthcare Foundation. CHML reports that this year's funds are expected to be used to purchase various hospital equipment. The fundraising target was $480,000.

Said to be older than the Boston marathon, The Bay race has a history going back to 1894, but Hamilton has a diverse culture of athletics and health. For example, in the year 2000, Hamilton was the first city in the western hemisphere to be awarded host of the International Children's Games, and the Hamilton Tiger-Cats were established in 1950.

And Hamilton has its share of legendary athletes, such as William Sherring, who won the marathon race at the 1906 Summer Olympics.

Although this year's Around The Bay event was held comparatively late in April, next year's races will take place on March 26, 2017. 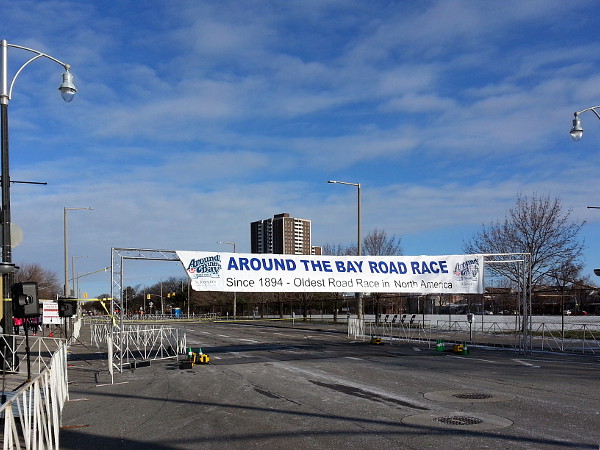 One of those occasions where Hamilton becomes, indeed, a liveable, walkable (or runnable) city. Thanks to all the organizers and volunteers. And great job by RTH editor, Ryan McGreal, on his blistering 2:53 finish!

Only problem I saw on the day was someone forgot to close the road where the route goes from the lift bridge along side the QEW to Northshore. Some very unhappy drivers trapped there - I can't recall ever seeing that before, so I'm thinking a road closure didn't happen when it should have!

Makes sense, relay teams are usually made of people who can't or don't want to run the full 30K so you wouldn't expect them to be as fast as the fastest 30K runners.

For true inspiration look at Wally Fenske in the 75+ category. Finished in 4:15. I truly hope I will still be able to run around the bay when I'm over 75!