The more we build for a city where people have real choices in how to get around, the more choices people will make.

As we all know, no one rides a bike in winter so there's no point in wasting money clearing bike lanes (or building them in the first place, for that matter!). Except that when a city does build bike lanes and keeps them clear, people go ahead and use them!

Here are some photos I took around town yesterday of people taking advantage of the City of Hamilton's newfound commitment to keep its bike lanes clear and accessible. 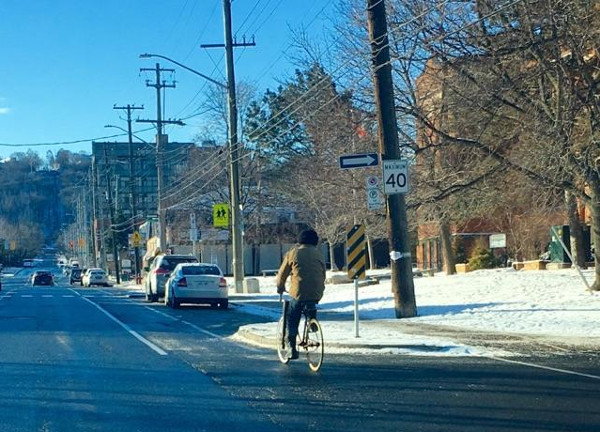 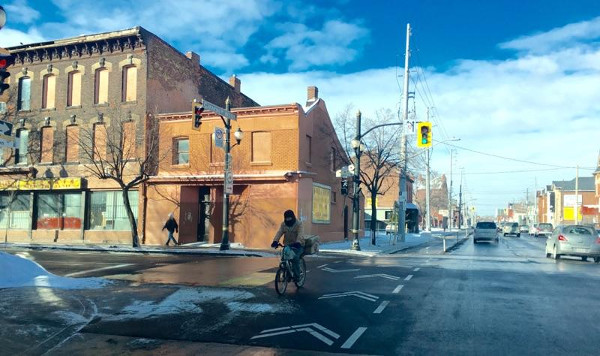 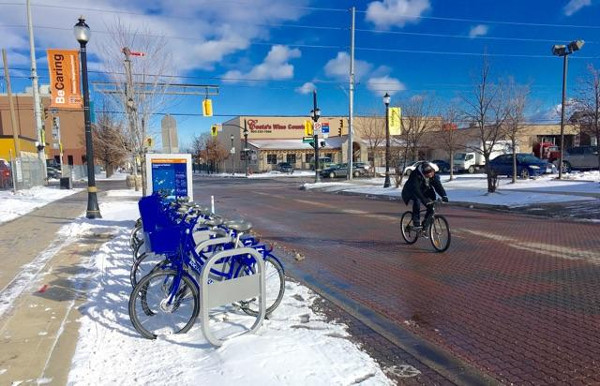 Riding south on Ferguson past a Hamilton Bike Share hub 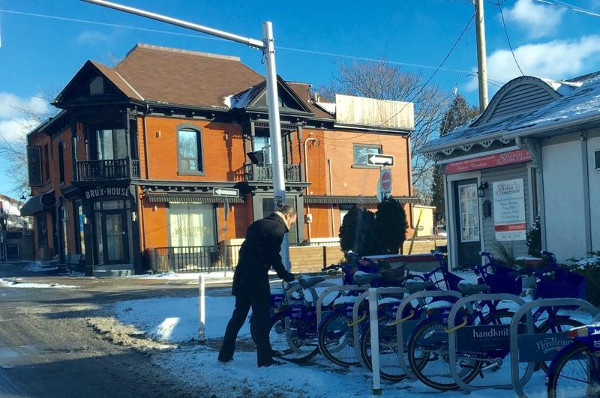 Signing out a Bike Share bike at Locke and Hunter

Bike Share ridership is down this week, of course, but despite the cold and snowy, windy weather, the system has still averaged over 250 trips and almost 400 kilometres a day since Monday.

And that's only Bike Share rides, which represent just a small percentage of total bike rides.

The day got colder after the sun went behind clouds, but despite temperatures close to -10C with a wind chill closer to -20C, people kept riding all day - especially on the city's most accessible, physically protected cycle track on Cannon Street. 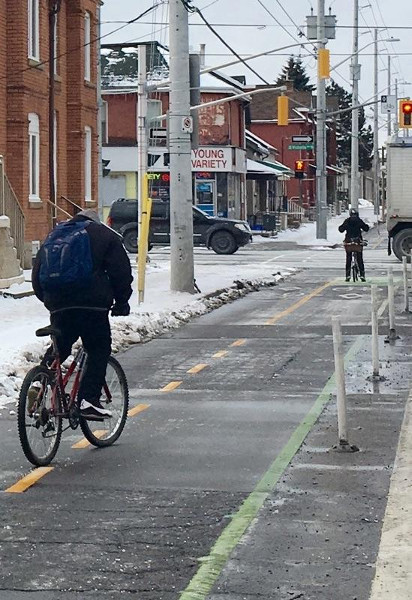 Cyclists on Cannon near Victoria 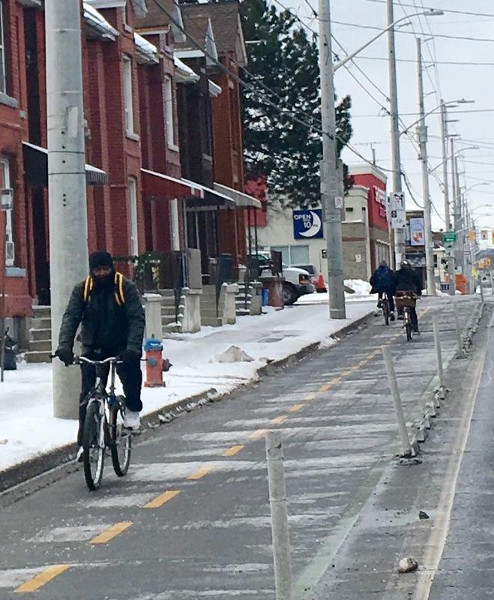 Multiple cyclists on Cannon near Wellington 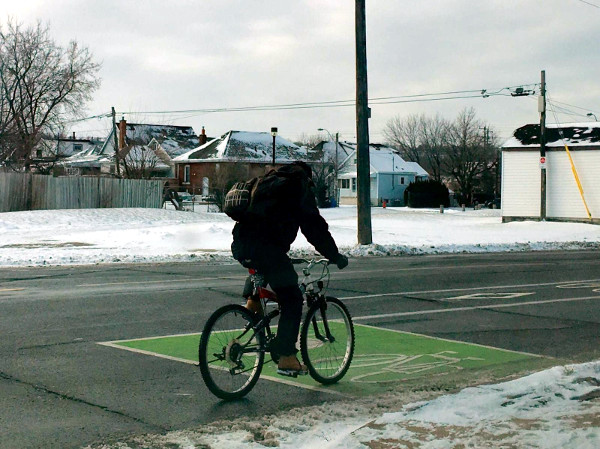 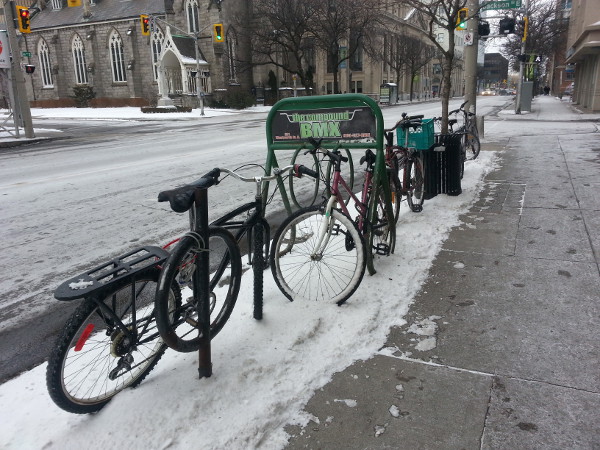 Bikes parked outside the YMCA at James and Jackson (Image Credit: Ryan McGreal) 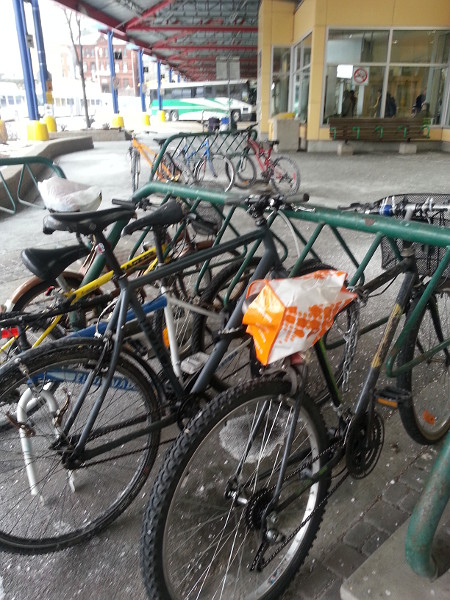 The bike rack at the Hunter GO Station was about half-full (Image Credit: Ryan McGreal) 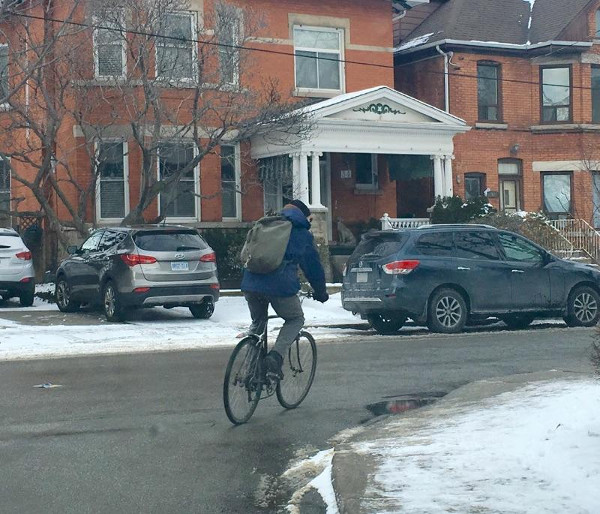 While the City seems to be getting better at clearing bike lanes, some of them were still covered in snow and slush later in the day. Once that stuff freezes, the bike lane can become impassable for a long time. 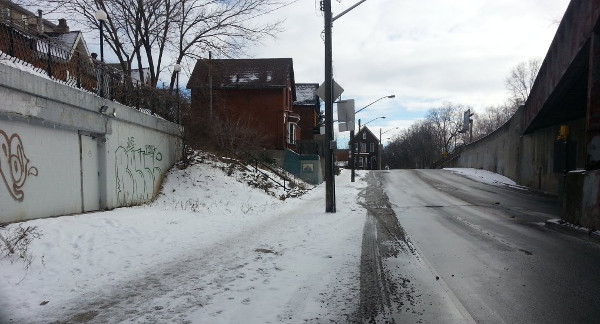 And while it's not quite on topic, I also noticed lots of jammed buses and bikes parked at bus stops throughout the city. I'd love to find out how many more transit riders there are on snow days, when people are uncomfortable driving in icy conditions. 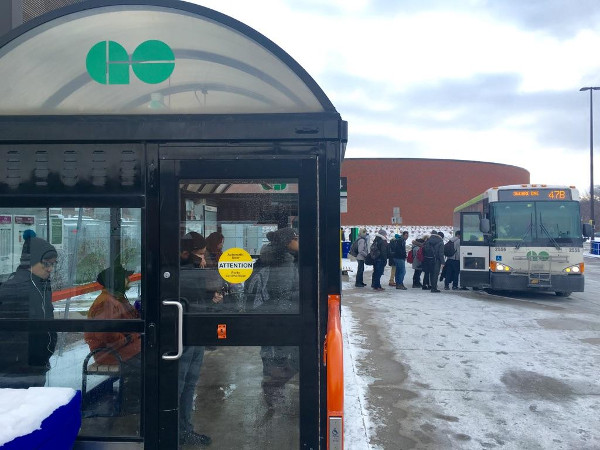 Waiting for the GO bus

We get the city we build for. It's really that simple. The more we build for a city where people have real choices in how to get around, the more choices people will make.

Here are a few aspirational videos of what we could be like here in Hamilton all winter long. See:

Good stuff! The heatmap is particularly telling. More people are brightly lighting up the more attractive bike routes such as the Cannon cycle track. People driving on Main/King will see virtually no bikes, it almost doesn't show up on this heatmap.

what if I told you it was possible for bike lanes to not be plowed one week, then plowed much better the next week?

Nothing new -- TheSpec, TheStar, CNN, FoxNews, CTV, CBC, name your media, they invariably report how terrible a response to a problem/flaw/incident/disaster/etc is and then report the good side of the same like firefighters/etc helping people, or city worker following up, etc.

It's always good to follow bad news with some positive news, especially as a thank-you to hard-working government workers of all kinds.

I have to agree - there were some little snow-boulders ruining lanes after the initial snowfall of this winter, but since then everything has been great.

It seems some heads did roll, possibly.

Today, I went to 541 Cafe in the early afternoon (Jan 16), and saw 4 cyclists near me on Cannon while crossing through from Main to Barton. So observations are consistent with the writings of increased winter cycling compared to last year. Cycle track also looked salted too, not just the road.