More than half of the 276 people who responded to the Wentworth Stairs online survey chose a safe crossing at the Sherman Access as their top priority for improvement.

Among 276 people who responded to an online survey asking for feedback on the most important improvement to the Wentworth Stairs, the most popular selection by far was for a safe crossing at the Sherman Access, which was chosen by 142 respondents or 51.4% of the total. 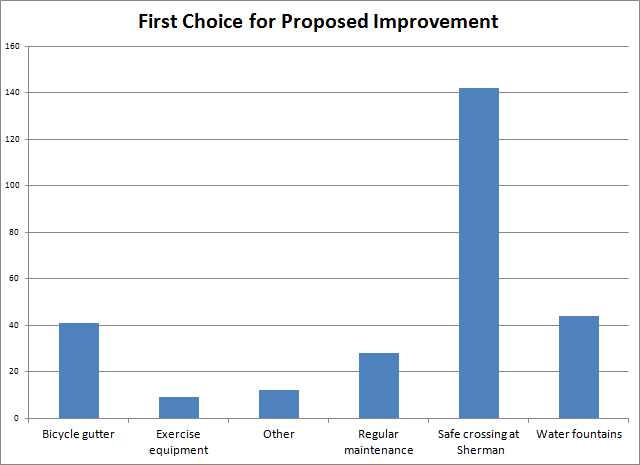 The closest follow-up requests were 15.9% for water fountains, and 14.9% for a bicycle gutter. 10.1% of respondents chose regular maintenance, and 3.3% chose exercise equipment. Another 4.3% chose "Other" and entered an additional suggestion.

Wentworth Stairs runs between Ward 3 at the border of Ward 2 below the Escarpment and Ward 7 above the Escarpment, and most of the respondents chose one of those three wards as their place of residence. 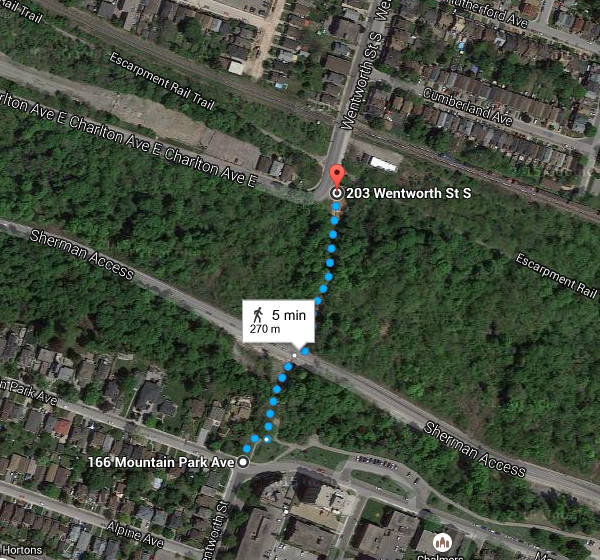 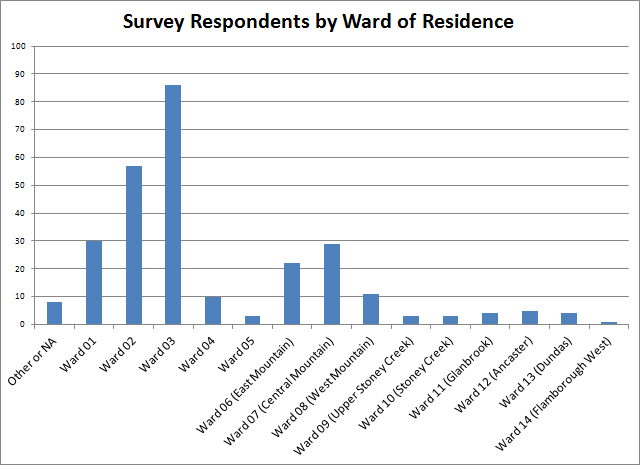 On 5 November, 2015, the @WentworthStairs Twitter account posted a question: "Hey #HamOnt: what, besides my sparkling personality and strong exterior, would entice you to visit more? Benches, exercise equipment?" Several people quickly responded with various suggestions, and a proposal was made to organize a more formal survey. 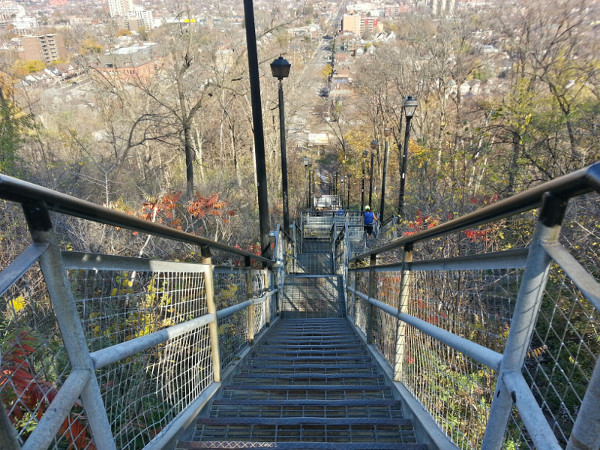 On 9 November, Raise the Hammer published an article written by the author of the @WentworthStairs Twitter account asking for feedback on what people want to see improved with the Wentworth Stairs. At the same time, Raise the Hammer created an online survey to collect results.

Between 9 November and 16 November, 276 people responded to the survey. This is an opt-in survey that was circulated on social media and should not be regarded as a random or representative sample of Hamiltonians' residents. It is a self-selected sample of people who have an interest in the Wentworth Stairs and want to see improvements to it.

Table 1 summarizes the survey results by first choice for most important improvement.

The most selected improvement, Safe crossing at Sherman Access, was selected by 142 respondents, or 51.4% of the total.

Table 2 summarizes the survey respondents by ward of residence.

Table 3 breaks down the first choices for proposed improvement by ward of residence.

The full survey results are available for download in CSV format.

Just make sure if you put a pedestrian bridge over the top it has to have a galvanized steel screen because if you don't teenagers will hangout in there and possiblly have huge rocks with them and drop it on cars coming by.

Do you mean Sherman Cut or Sherman Access, about safer crossing? Different places.

Just look both ways before crossing and you're fine