Canadians often wonder how we have become a nation with 1,181 cases of missing and murdered Indigenous women and girls. All we have to do is look to our history.

On Monday evening I attended a forum in Hamilton, Ontario called Missing and Murdered Indigenous Women and Girls – The Uncomfortable Truth.

Pamela Palmater, Mi'kmaw lawyer, activist and Chair in Indigenous Governance at Ryerson University, was unable to attend the forum, but sent a video that succinctly covered the history of Canada's Aboriginal people with emphasis on the treatment of Indigenous women and girls.

From first contact with Europeans up to the present, a system was put in place that devalues and dehumanizes Native Women.

Wonda Jamieson, Six Nations, told of her mother's murder, its impact on her life and the lives of her own children. Cynthia Jamieson, 44 years of age, was brutally raped and murdered in June 2002. Wonda received very few details of her mother's death from police.

It was during the trial of James Anthony, 43 years of age, that Wonda learned of the violence and blatant disregard for life that was involved. Anthony was found guilty of first degree murder and sentenced to life in prison with no eligibility for parole for 25 years. He lost an appeal in 2004.

Six Nations elder Norma General told us about her 21 year old granddaughter, Tashina General, who was three months pregnant when she went missing. Tashina's disappearance was reported to police, but six weeks passed before they began their investigation.

Tashina was strangled by her boyfriend, Kent Hill. Her body was discovered in a shallow grave on the Six Nations reserve close to where Hill's parents lived. Hill is serving a life sentence.

Canadians often wonder how we have become a nation with 1,181 cases of missing and murdered Indigenous women and girls. A country that has respected and revered international and national agencies and organizations calling for a national inquiry into the systemic maltreatment of Aboriginal women. A nation that fails to value and protect the lives of Aboriginal women and girls.

All we have to do is look to our history.

Many First Nations people traced their lineage through their mothers while others shared power equally between men and women. Under these systems women often held the rights to the transfer of land and natural resources.

Aboriginal people welcomed explorers to their lands only to be colonized by patriarchal Christian Europeans who brought with them the belief that women are inherently sinful. Europeans had to undermine and eliminate the respect and power that Indigenous women enjoyed in order to claim this so-called "discovered land" in the name of their Christian monarchs.

First Nations people were routinely converted to Christianity, enslaved or killed. So began the demise of our Indigenous sisters that continues to be compounded by the Indian Act, our laws, policies, institutions, education system, Christian doctrines, military, police, legal systems, child services and the list goes on ad infinitum.

It's time for a national inquiry into our missing and murdered Aboriginal women and girls because it's time Canadians know this country's history, take ownership of it, and make restitution for the carnage we created.

June is Aboriginal Awareness Month. Contact your Member of Parliament along with the leaders of each of the federal parties demanding an inquiry into our murdered and missing Aboriginal women and girls.

Be clear that Aboriginal women must play an active role in the entire inquiry process, including creating and implementing recommendations.

It's imperative that recommendations be implemented in a timely fashion with periodic reviews to measure and report improvements in the lives of Native women and children.

In October, vote for change and choose a leader who is not uncomfortable with the truth. 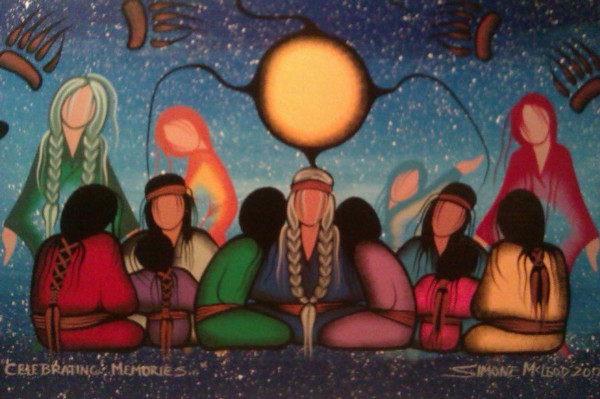 Let's make missing and murdered people of ALL backgrounds and BOTH male and female a priority.

Are you serious "Capitalist"??
Of course all missing and murdered people are a priority. But in our society Indigenous women are NOT! And far too many are disappearing and dying compared to others. So to make the ridiculous racist statement that "all" should be a priority. Say that when things are finally equal. Until then your racist bias is showing and does absolutely nothing to help anyone. I am sure you are also likely one of those using the #alllivesmatter crap too right? They do but our society's actions say different. Give it up, whitewashing and pretending there is an equality that is not there is ridiculous. Until there is those particularly victimized need to be brought forward. Not marginalized by your fake non-existent equality crap.

Indigenous women and men are both murdered at rates far exceeding the rates for non-indigenous people.

The epidemic is far greater for men.

Men commit over 89% of the murders.

90% of female victims are known to their killers who unfortunately are largely indigenous men.