Heavy-Handed Planning an Obstacle to Growth

Last week, on the same day the Hamilton Spectator reported that a single applicant made it through the City's cumbersome Request For Proposals (RFP) process for the Lister restaurant spot, the paper also reported that the City's Planning Department wants to hire 20 more planners to speed up the approvals process. 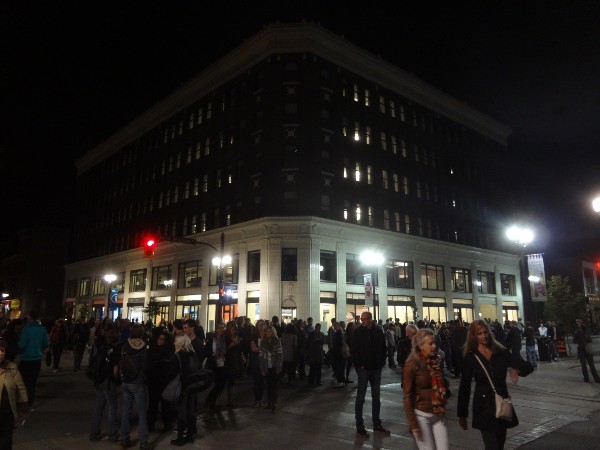 People who have spent all their working years in government are probably the least qualified to control the terms of running something as 'fluid' as a restaurant.

Proof of this is in the conditions included in the RFP, which includes police background checks on all staff and suppliers, approval over supplier delivery times, and even the menu,​ employee uniforms and name tags.

This, from the people who clearly didn't even run a Google search on the failed previous tenant.

The entrepreneur brain and the bureaucrat brain have a very small area of intersection. In my opinion, the best thing for successful cities is to let the biz brains go at it with a minimum of regulation in place, just enough to ensure safety and human rights.

City control of leasing in the Lister was written into the original agreements by ... city employees! Thus it took most of a year to 'select' a coffee shop tenant.

During that time, other possible operators looked, found and moved into other accommodation where they could thrive or fail based on their own smarts, free of conditions set up by people who have never run a business.

If rents in the building were not so high - several times market rent, I have heard - businesses like Burnt Tongue or Green Smoothie Bar or Jet Cafe, or all three of them, could have been in there years ago, making money, serving the hungry public, and employing Hamiltonians.

Instead, the 'reverse Midas touch' of government has given us a huge space so costly that only a very pricey resto can make the rent. By now, many people in town are so turned off by the bad management of the original lease agreement that it may be hard for anyone to succeed in that location.

Oh yeah: taxpayers also paid for $250,000+ in leasehold improvements specific to the previous restaurant, as the original renovation somehow created a restaurant space without any restaurant infrastructure, like venting, or even, it seems, washrooms with interior access.

So, on the hiring of new planners: I have no idea about the running of that department. If the new General Manager of Planning and Ec Dev, Jason Thorne, says he needs more people to unblock backlogs, I am in no position to disagree. There certainly are backlogs.

Here's what worries me. What if the culture of the planning department is like that of the folks running the restaurant RFP process? What if the hoops planning applicants must jump through are just as excessive and out of touch with reality?

Do planners have any real-life experience of the costs and risks involved in launching a project and awareness of the killing effect on entrepreneurial energy that they can impose while adding more items to the list of what applicants must do to get the go-ahead?​

What would be so refreshing right now would be for someone in the organization to say: Wait a minute, can we look at the reach we are routinely applying to the operation of business and development in this city?

Is our reach exceeding what is in the rightful purview of a mid-sized Ontario city? Let's not be like New York City's former mayor, wanting to control the size of the cups in which soft drinks can legally be served, in one of the world's biggest cities.

Yup, I guess that makes me a libertarian. More regulation in our lives is not necessarily a good thing.

Customers will be "safe" in a restaurant whose staff are not police checked. It's happening all over the country right now.

And how in the world could a restaurateur ask every one of his suppliers for a background check anyway? Only government could put such a requirement on the list - it's a restaurant, not an international airport, folks!

The worst part is that this whole exercise does not seem to have raised the level of insight of the people responsible for such a giant expensive embarrassment.

No, they are apparently "a bit disappointed" that only one applicant could make the requirements - and hey, 'the conditions weren't deal-breakers'. They still think providing a $60,000 letter of credit for the ten-year life of the lease is not a deterrent.

If any of them had ever met one of the young restaurant owners we're all so proud of, and are getting out to support with our dollars; had ever sat down and asked, Hey, what are your obstacles?

I went in to City Hall years ago to view the regulations for operating that kiosk on the Waterfront Trail, built by us but never open, to serve water to thirsty cyclists and bladers - surely a bit of a no-brainer​.​

The three-ring binder was about three inches thick and full of the kind of blather that puts ADD-afflicted folks who start up restaurants straight into a coma.

And we wonder why progress is so slow in this town.

The lack of common sense and over managing everything is seriously jeopardizing this city's ability to be even greater.

Whoever is responsible for this process needs some serious attention from management.

I have a friend with an expanding business in Hamilton who is looking to move to a larger building with warehouse and office. They called the city and explained that they were having trouble finding a location in Hamilton and we're looking for help. They were told th at the team was at a conference but someone would call them right back. That was two weeks ago.

It's interesting that you mention that kiosk at Bayfront Park. What is up with that?

I am not aware of this inquiry, but I can tell you our team does have a 24 hour return call policy. If you can please introduce me to your friend, I am happy to assist them. Thank you, Jennifer Patterson, Sr, Business Development Consultant, with the Economic Development office - 905-546-2424 X4475

I find it interesting that after clearly reading this article, that you choose to comment on a comment rather than acknowledge the article itself.

Excellent insight into a broken system! The City exists to serve the people - especially entrepreneurs willing to risk their time and money in ventures that never co e with guarantees. Let's facilitate, not obstruct their efforts! Perhaps City staff can meet with entrepreneurs and take notes on how the system coyld be improved!?