Bernie Morelli, the long-serving councillor for Ward 3, died last night at age 70 after a long struggle with illness.

Bernie Morelli, the long-serving councillor for Ward 3, died last night at age 70 after a long struggle with illness. 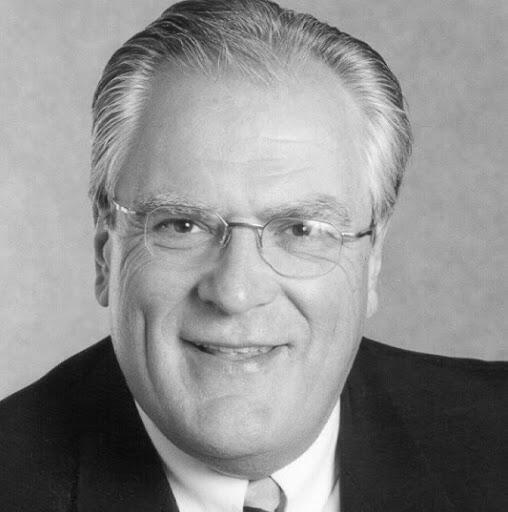 Prior to entering politics, Morelli worked for 25 years at Dofasco, rising to a senior management role before retiring. He also lectured at McMaster University in business management.

He served for years on the Police Services Board, including a decade as the Chair between 2000 and 2010. He returned to the Board last year after Mayor Bob Bratina resigned his position and resumed his role as Chair.

He spent several years on the board of the St John Ambulance Hamilton Branch, and was admitted to the Order of St John in 2001.

One of Morelli's key legacy projects will be a new seniors centre at the site of Scott Park School, which Council approved last year.

In recent years, Morelli also grew more committed to transit improvement and complete, walkable streets, citing the changing demographics of the city and the health benefits of active transportation.

Hamilton City Council will pay tribute to Morelli today at 9:30 AM. Joey Coleman is providing a livestream of the meeting:

Ward 4 Councillor Sam Merulla, his colleague and friend, announced the news just before midnight, writing, "Each of us not only grieves at the passing of a tremendous individual who has given so much to so many but also for the loss his family suffers. Our thoughts and prayers are with Bernie’s family at this most difficult time."

On behalf of Hamilton Police Service, Chief Glenn DeCaire wrote, "We know that Mr. Morelli faced the most recent health challenges with the same determination, vigour and commitment that he displayed in his daily duties as an elected official."

Morelli is survived by by sons Mark and Rick and daughter Christina.

Update: There is a Book of Condolences for Bernie Morelli on the main floor of City Hall, 71 Main Street West, Hamilton. (Google Map) 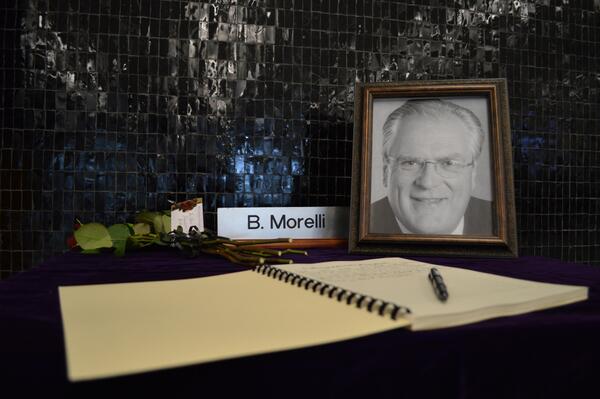 The funeral mass will be held at St. Patrick's Roman Catholic Church, 440 King Street East, Hamilton on Monday, January 20 at 10:30 AM. (Google Map)

Update 3: Here is the official obituary:

Bernie passed away peacefully. Bernie is survived by loving and dedicated companion, Marsha Duncan. Proud father of Christina (John), Mark (Nadine) and Ricky (Yvette). Loved son of the late Joseph and Matilda (Calzonetti). Dear brother of the late Ron (Liz), Larry (Lois), Carol (Danny) Morosin and Joey (Mary). Bernie will be remembered fondly by his Aunt Yolanda Fleming (Calzonetti) and Uncle Vince Calzonetti, his many nieces, nephews, cousins, extended family, friends, colleagues, and constituents. A ferocious champion for the people of his home, Hamilton, Bernie was a dedicated Ward 3 City Councillor. He also served with a genuine passion on and was very proud of his work with the Hamilton Police Services Board. Bernie also enjoyed immensely his many pets and the time he spent with them. Our family thanks Bernie's doctors and caregivers at St. Joseph's and the Juravinski Hospitals for their professional and compassionate care. Visitation will be held at P.X. DERMODY FUNERAL HOME, 1919 King Street East on Saturday and Sunday, January 18 and 19 from 1 to 4 and 7 to 9p.m.. A Funeral Mass will be offered at St. Patrick's Catholic Church on Monday, January 20 at 10:30 a.m. Interment, Holy Sepulchre Cemetery. In lieu of flowers, donations to the Nicholas Morelli Memorial Fund (a Non-Registered Fund) c/o 45 Ivy Lea Place, Hamilton, Ontario L8T 3R5 or SPCA would be appreciated. Online condolences may be made at www.dermodys.com.

You were always helpful to me... RIP Bernie.

I was very sadened to read that my long time cousin Bernie had passed on. I wish my deepest condolences to his family.
He was one of the last remaining Morelli's in Hamilton and will be greatly missed.
God speed Bernie.