Is 2013 the year that we finally recognized the value of our built heritage? Some of the top heritage events of might suggest this is the case.

Is 2013 the year that we finally recognized the value of our built heritage? Some of the top heritage events of might suggest this is the case.

1. Designation of the Gore Park buildings

On December 11, Hamilton City Council voted unanimously to support the designation of the 1840s Kerr buildings at 18-22 King Street East and the two 1870s builds at 24-28 King Street East. 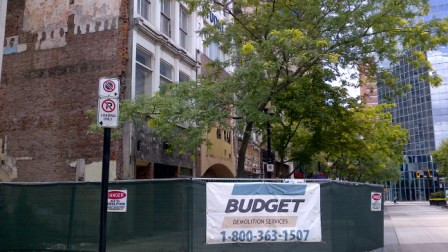 This story is remarkable for three reasons: first, it had been five years since the last heritage designation; second, the designation did not have the support of the owner; and third, the vote was unanimous.

Looking forward, the challenge for 2014 is turning this victory into an enduring reality.

If results are the measure that matters then Ward 2 Councillor Jason Farr delivered. 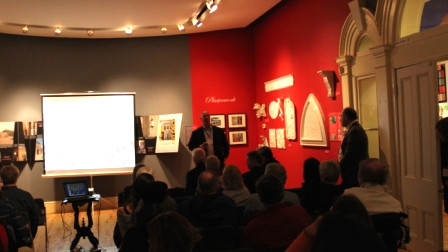 Farr convinced Hamilton City Council to designate buildings without the support of the owners. This rarely happens with heritage buildings, anywhere!

Furthermore, Farr received Council's unanimous support. The words of praise from his fellow Councillors for Farr's hard work could even make a seasoned politician blush.

Next will be a busy one, with several heritage issues needing attention: the Gore Buildings and the Heritage Inventory Project. In 2014, Farr will also be seeking his first attempt at re-election.

3. The Race for Mayor

One of the challenges for heritage advocates is the fact that City Councillors are very focused on their wards. As a result, it can be hard to convince enough Councillors to support mostly downtown heritage issues.

The only person who can speak for the whole community is the Mayor; this is why his role is so important.

While the Mayor has only one vote on Council, the Mayor does have the ability to rally support behind key projects and to make the case to each Councillor, and to make his case directly to the citizens in each ward.

From many perspectives - sustainability, creative arts, transit, economic, and heritage - Hamilton's thinking needs to be modernized.

In essence, Hamilton needs its own version of Pittsburgh Mayor Tom Murphy: someone who can modernize the focus of urban development and establish a successful formula for sustainable development, including heritage.

While Tom Murphy was not perfect, he did create a vision and a means for successful development that recognized the valued role of heritage. Murphy’s successors continue to build upon by his successes. A noteworthy example being the Market Square, a town square very similar to Gore Park.

As a result, 2014 may represent a turning point for Hamilton.

4. Year of the Private Sector

If you read some commentaries, you would come to the conclusion that saving heritage properties is a public works project and that there is no private sector support. This is clearly not the case. 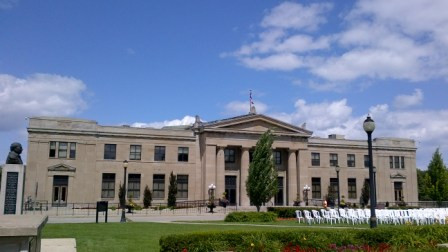 As I have previously written, many customers value unique spaces, whether it is commercial or residential. This creates value for property owners and developers in a competitive market place.

Once the customer has satisfied their basic needs with a starter home or box store shopping, they then turn to experiences that are fun, exciting, and different. Experiences that help define themselves through the process of consumption.

Almost everywhere you looked there seemed to be a developer who investing and adaptively re-using heritage buildings: the Belle Condos, the Stinson Lofts, the Witton Lofts, the Royal Connaught, the James Street Baptist Church, Treble Hall, and the Thomas Condo project on James Street North.

This rapid pace of heritage development will likely continue in 2014. Recently, the developer of the Stinson Lofts announced a new condo project for the soon to be designated Delta Secondary School.

Many were surprised and shocked by the request for a partial demolition of the designated 1882 Church on James Street South. 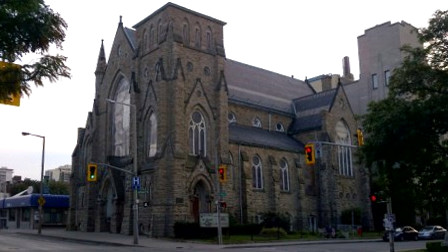 The focus point of the much of discussion was whether the volunteer committee of non-structural engineers could accept the reports introduced by the property owner and supported by his team of experts.

In the contest between non-professionals and professionals, the Heritage Permits Committee decided against requiring a structural assessment by an independent engineer with heritage preservation experience; instead opted for requiring a long list of conditions.

While this approach has merit (as does the owner’s proposal), this decision sets a bad precedent for future heritage property debates. The Permits Committee does not have the time, resources, or expertise to judge the validity claims or reports submitted by property owners.

What is stopping a future property owner from commissioning several reports and picking the one that is most supportive of his or her plans?

2014 may prove to be a very challenging year.

On December 2, the Downtown Built Heritage Inventory Project held its second public meeting at the Workers Art and Heritage Centre.

Prior to amalgamation, each region had complied its own listing of buildings that were considered architectural and or historical significant. Since amalgamation, no systematic review the list of approximately 8,000 buildings has been done.

As a first step, the City has directed its staff to conduct a pilot project within the downtown core. This pilot project will generate a list of about 800 buildings of interest.

Back in July, City staff asked for feedback from the public on what qualities were remarkable about different areas within the original 1846 boundaries. For example, the significance of the Gore, the Civic Area, and major roadways like James, Main, and King. This feedback helped to shape the criteria for selection and evaluation of potential buildings.

At the December meeting, the Economic Development and Planning Committee reported that a methodology had been accepted. Since the fall, City Staff has been identifying and entering the buildings into a database.

In 2014, the database should be completed by January and with the report being presented to Council sometime in the spring.

On June 25, Tourism and Culture Division presented an exciting opportunity for adaptive re-using the 1877 former Anglican Church for additional programming space for Whitehearn and other cultural activities. 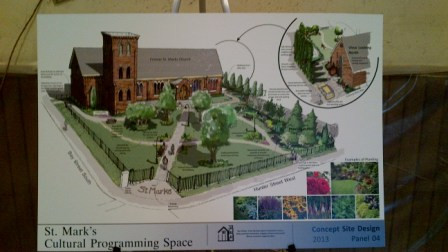 This creative thinking by the Tourism and Culture is something we need to see more of as we enter 2014.

The fact that many heritage properties are adding economic and cultural value to the community and the Province is often overlooked by critics. 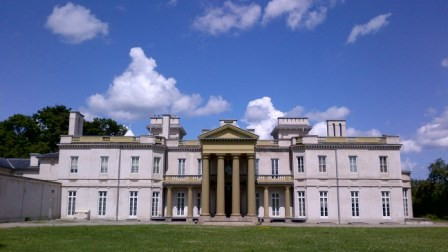 In the summer, I spent a few days stretching Dundurn Castle and I had plenty of opportunity to talk with visitors after their tour of the buildings and garden. Over and over, people commented about how wonderful the building was and what a great asset to the community.

Everyday heritage buildings like; Liuna Station, Whitehearn, Sandyford, and Durdurn Castle are adding cultural and economic benefits to the community.

During the past year, independent journalist Joey Coleman has provided video coverage of Hamilton City Council, many sub-committee meetings. Coleman's tireless effort at video reporting is making it possible for heritage and creative city advocates to be better informed. 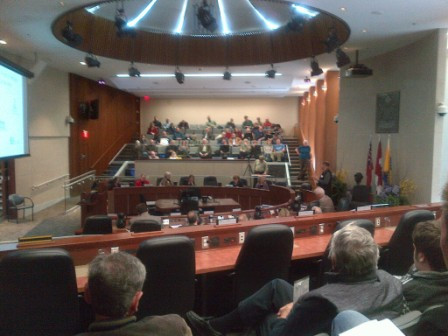 Some of the important heritage related events covered by Joey Coleman included:

Coleman’s continued efforts will depend upon a successful crowdsourcing effort being currently conducted. Coleman’s fundraising will end on January 9. This is something that all city advocates should consider supporting.

Great article but a little correction, Harry Stinson (the developer behind the Stinson Lofts) purchased the Gibson School on Barton Street, not Delta.

Is that true? Harry Stinson is welcomed by me to Ward 3, but if he thought he faced obstacles before, he ain't seen nothing yet. If someone could name any development that went ahead creatively in Ward 3 without major hassle, I would like to know how.