A large, diverse group of enthusiastic cyclists congregated in Gore Park this morning to celebrate 2013 Bike to Work and School Day.

A large, diverse group of enthusiastic cyclists, including children from several city schools, congregated in Gore Park this morning to celebrate 2013 Bike to Work and School Day. The event, organized by Smart Commute Hamilton and Green Venture, promotes active transportation and has been growing steadily in participation each year. Cyclists congregated in Gore Park at 8:00 AM this morning

Groups of cyclists rode in together from several points around the city, including a group organized by the Yes We Cannon team that featured a group of school children.

Light refreshments were served at the event, including samples from the Green Smoothie Bar on James Street North, and Noble Cycles was on hand to provide tune-ups. Downtown Bike Hounds was also on hand with some models on display, and is open today from 7:00 AM - 7:00 PM.

McMaster Children's Hospital encouraged children to "put a lid on it" as part of its helmet campaign. Musician Darin Martin, who was towed to the event on a mini-stage pulled by a bicycle, provided live music. Peter Topolovic, the city's manager for transportation demand management, kicked off the ceremony. Councillor Jason Farr gave a short speech in support of the City's cycling and walkable streets initiatives, celebrating the 30 km/h speed limit in the North End Neighbourhood.

Alternative transportation manager Daryl Bender noted some of the upcoming bicycle network additions, including two-way bike lanes on Hunter, bike lanes on Charlton and Herkimer, and bike lanes on the East Mountain.

Cycling advocate Mark Chamberlain spoke about the Bike for Mike campaign to provide bicycles for families in vulnerable communities, noting that the campaign is helping to raise a generation of children who want to be able to choose health over the false convenience of easy driving.

The event also served as an awards ceremony for the City's first Community In Motion awards, which recognizes organizations that promote active transportation. RTH is honoured to have been recognized among the award recipients.

The Community in Motion Awards were inaugurated last year "to recognize members of the community who have made an effort to actively support and promote the use of healthy and sustainable forms of transportation such as walking, cycling, and public transit.".

Submissions are now open to nominate recipients for the second annual Community in Motion awards. The winners from last year's award will be the judges for this year.

Update: This article originally stated that Downtown Bike Hounds was on hand providing bike tune-ups. It was actually Noble Cycles doing this. RTH regrets the error. You can jump to the changed paragraph.

Just a quick note - We had a few bikes out on display in Gore Park, and we are open today 7am-7pm for Bike to Work day but we were not doing on-site repairs...

The on-site repairs were being done by Noble Cycles Mobile Repairs (http://www.noblecycles.ca)

Looks like way more people there than when we were there, which is good. We had to book out of there around 7:50 to make sure we got to work on time.

Wow...great turnout. Let's hope this is an indicator of growing number of cyclists in Hamilton. Last night I went for a ride from my place down Valley Inn up the cemetery and back, down the stairs to the waterfront trail, up Longwood to Paradise and King St back east to Breadalbane, then north to Florence and back home.

I was thoroughly impressed by the off-road trails and well-marked on-road bike lanes on this entire route. The only spots I was riding on a street with no bike lane were Longwood/Paradise and Breadalbane/Florence. All 4 are extremely safe and quiet side streets.

I realized that even though we are moving at a snails pace in this city with transportation options other than cars, we are making progress. It was an enjoyable, safe route and all within the confines of my downtown neighbourhood and Westdale. Oh, and I saw plenty of interesting birds, a beaver, rabbit and deer on the trek.

For one ride anyhow, it felt downright enjoyable and safe to cycle in Hamilton.

Just noticed a couple of grammar errors above, but alas, still no 'edit' button. Sorry to be a pest. Lol

I've been going to these for three or four years now and I think that this is the largest crowd I've seen. Still a bit heavy on the spandex and styrofoam for my druthers, but ... Hamilton is becoming bikier. 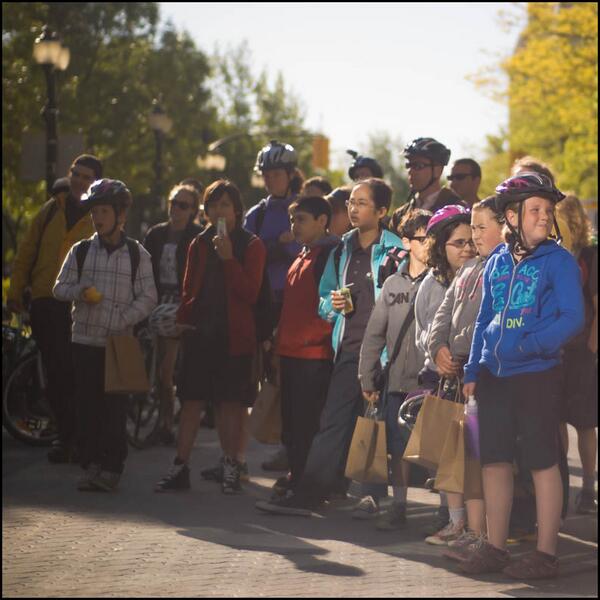 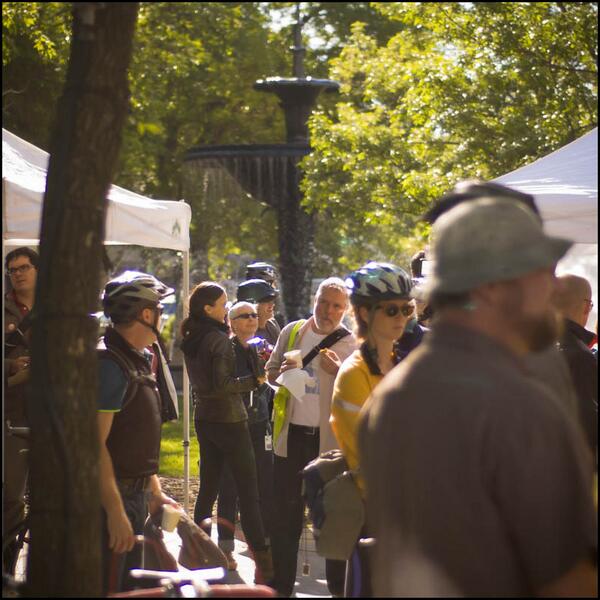 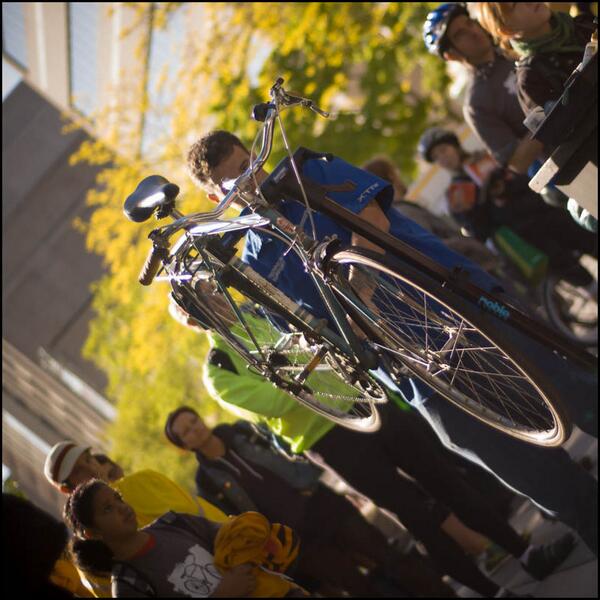 I just wanted to say that I love the word "bikier"!

That's exactly how I want my Hamilton: more bikier.