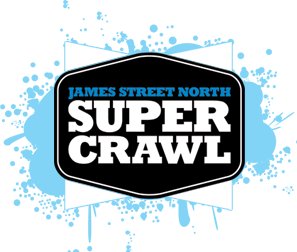 A high-watermark of Hamilton's cultural renaissance, Supercrawl started in 2009 as an outgrowth of the monthly James North Art Crawl. A celebration of music, art and community, Supercrawl has grown steadily from its rainy start in 2009, drawing 20,000 people in 2010 and over 50,000 last year when it coincided with the Locke Street Festival and the Canadian Country Music Fan Festival. 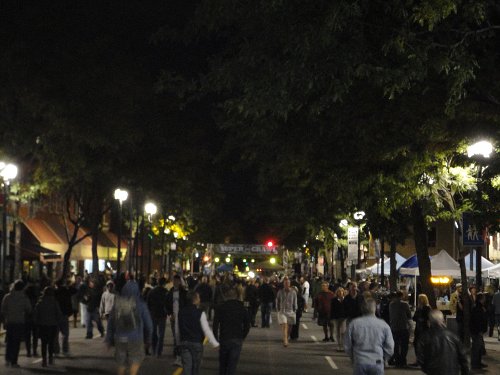 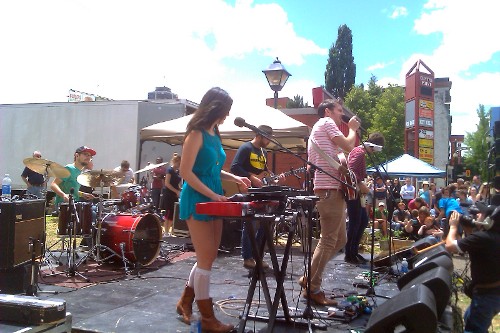 James Street North will be closed to automobile traffic between King Street and Strachan Street on Friday evening and all day Saturday.

You can also install a free mobile Supercrawl App for Android and iPhone, featuring the full map and schedule of events.

Watch for a surprise event at 8:15 PM in the Circus Orange Event Area, corner of James and Wilson Street.

I believe York/Wilson is also closed from Bay to Hughson (Saturday only I think).

The charts are great guides thanks. We have some friends from Toronto we're trying to convert into Hamiltonians coming down Saturday. We almost have them and I think SuperCrawl will push them over the edge.

Shameless plug but if you like Rockabilly/Roots or just HamOnt Rock in the vein of Teenage Head, Florida Razors etc, my brother '57 Trevy and his band Burnin' Ethyl will be at the Baltimore House at 330p.

If supercrawl doesn't convince your friends to move here, try taking them B & T at Park and Cannon. I'd move for their veg pad thai.

Are they open? Last I saw they were under renovation.

Hi Ezaki: We ate there last night and I'm finishing the left-overs, as we speak; couldn't be finer.

Be sure to give Pho NV (at 52 Canon W) a try, as well. I've been to a lot of the Vietnamese restaurants in Hamilton (and Toronto) and they're at the top.

Thanks, we'll try it, fur sher.