On April 21, take part in the celebration of that great institution of music culture - the record store.

Every mixtape tells a story. Put them together, and they can add up to the story of a life.

-- Rob Sheffield, from Love is a Mixtape

Art has a way of weaving itself into our lives, to the point where it becomes difficult to look at objectively. This is particularly the case with music.

A saccharine song can transform into something deep and meaningful when filtered through a slow dance at a prom. Great music from a difficult period can become a difficult listen. To the individual, songs remain fixed in a specific place and time.

When we consider how imbedded music is in our lives, it's clear that it's more than an interchangeable commodity. If music is inseparable from us, we should be concerned about recent changes in the way music is discovered, delivered and shared.

The Presence of Music

Digital music distribution (legal and otherwise) has decimated CD sales. But not all physical media has suffered the same fate. Sales of vinyl records have increased dramatically over the past decade (although it still represents a small fraction of total music sales).

The arrival of digital music distribution has driven a wedge between music as information and music embodied in a physical object. The CD is getting squeezed out in the new order.

The fact that new vinyl often comes with free digital downloads appears to be an acknowledgement that both media have significant but distinct values. If we want music to be portable and easily transferable, the .mp3 is the obvious choice. At the other end of the spectrum, vinyl's appeal speaks to the need to pin music to something physical.

The strong presence of vinyl goes beyond its sheer size. Watching it spin on the turntable, the stylus bobbing yet steady, playing vinyl is a reminder that the music is a creation; it came from somewhere. And as it ages, every scratch and pop adds to a record's personality.

As with any commercial revival, it's understandable to be suspicious that there's an element of retro chic driving vinyl's resurgence. But the endurance of this format, through 8-tracks, cassette tapes, CD's, and now .mp3's suggests vinyl will be with us for some time.

For those who have an interest in music, but can't devote every waking hour to its discovery, the digital revolution seems like a great liberator. In earlier times, the gatekeepers of new and obscure music used their knowledge as a form of social capital which thrived on exclusion - tell too many people and it ceases to be cool.

But the promise of the internet as a democratizing force requires more than access to information. The overwhelming magnitude of choices available requires people to sift through it all. Relying on these authority figures needn't be contrary to democracy - we can still choose who we listen to for advice.

Online, the curators of music are often bloggers and there are undoubtedly some excellent ones. But the best music writing, online or otherwise, tends to put music in a cultural context.

To get this perspective, music bloggers have at least one foot in the physical world. They frequent shows and all seem to have their favourite record store haunts - I found out about Record Store Day through the blogosphere.

Record store clerks are music curators of a different sort. Their insight has a personal quality - it starts with the music you bring to the counter. From there, you're likely to get some interesting insights into the recording along with some recommendations, typically something further afield from what you were originally looking for. The 'listeners also bought' feature on I-tunes and Amazon still pales in comparison, leaving us trapped in silos of taste.

At least for now, finding the unexpected requires some of the messy interactions in the real world. There's currently no online equivalent for thumbing through stacks of ambient techno records while listening to metal over the store speakers.

I wanna be a part of the culture of digital music... I wanna be someone who has his hands on it.

Whenever culture becomes intertwined with commerce, it's difficult to see what's actually being sold.

Consider music retail in the big box stores. With the emergence of online distribution, Walmart has been forced to sell CD's at a loss in the hope of getting people in their stores. The reason for this is telling. Big box stores treat music the same way they do their other wares: as pure commodities.

Since iTunes treats music in a similar fashion, Walmart has to compete on price (the financial loss comes from Walmart's constraint of having to deal with the physical product).

The small record stores that are still with us have survived without futile attempts to match iTunes and Walmart on price. The value these stores are adding to the recordings they sell is in the form of cultural ties.

When a musician plays an intimate, free set in a small record store, there's a sense that the space is more than a room. It's like the full spectrum of music culture has condensed in this small space, and the impact of the show surely reverberates beyond its walls.

Yet fostering a culture of music doesn't necessarily require organized events. By simply creating a space where people can interact, record stores allow the process to unfold on its own.

Just like music itself, many of the benefits provided by the record store are indirect. For this reason, it's easy to lose track of them in our accounting. Bringing awareness to these values, with the goal of getting more people to visit record stores, is what Record Store Day is all about.

There may also be an element of nostalgia, which doesn't mean we should rebuild the past, even if we could. Digital and physical connections can coexist with the recognition that they both have distinct benefits. 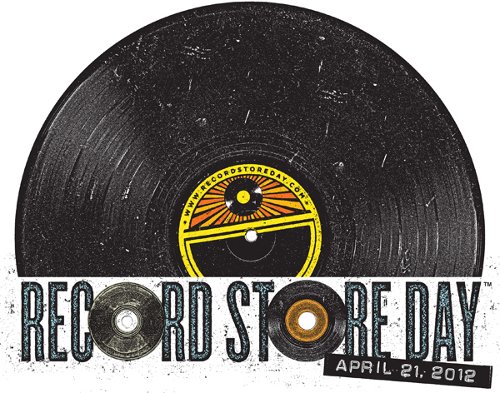 Kevin Wiens is an engineer by day, an amateur filmmaker and a resident of the Strathcona Neighbourhood in Hamilton. He recently moved back to the Hammer after a few years living in Vancouver. The move seems to be suiting him well.

Thanks for the article, but would have appreciated a bit of an explanation of what Record Store Day is. I tried navigating their official web page, but it's clunky and I was unable to find out what going to an indie store would mean for me.

I ended up finding more at the beat goes on's site (http://blog.beatgoeson.com/) in their Blog.

...tell too many people and it ceases to be cool.

Indeed, Miles hailed the "Birth of the Cool" and the internet has paved the way for the death of cool.

"Check out this blog link someone sent me" just doesn't have the same level of cool that "Checkout this wicked old LP I found in some crate at my favourite record shop" does. The ease and banality of discovery has tainted the coolness factor.

I still remember finding Lou Reed's "Take no Prisoners Live" double gatefold LP, Funkadelic's seminal Funk-Rock album "Maggot Brain" and Hawkwind's one of a kind "Space Ritual" while digging through stacks at record stores, all very rare and difficult to find LPs at the time. Playing them for my friends and listening to the albums they had dug up and swapping tapes of rare and forgotten records, that's what was cool about it all. The environmental, physical and social interaction of it. You will not get anywhere near the same experience from all the music download websites and "listeners also bought" lists in the world.