Looking in a Mirror in Buffalo, NY

Hamilton, like Buffalo, should avoid being cynical because of past events and worrying about what other people think. Instead, we need to remain focused on our goals.

A recent weekend trip to Buffalo cemented in my mind that this is truly one of the most beautiful cities in North America. I downloaded a walking tour map of the Elmwood Village and Delaware District from http://www.wrightnowinbuffalo.com and started on the journey.

It was even better than I expected. There are grand boulevards, parks, galleries, beautiful mansions, and commercial buildings that date back to the 1800s. The architecture was breathtaking and the shops and restaurants on the way were charming and inviting. 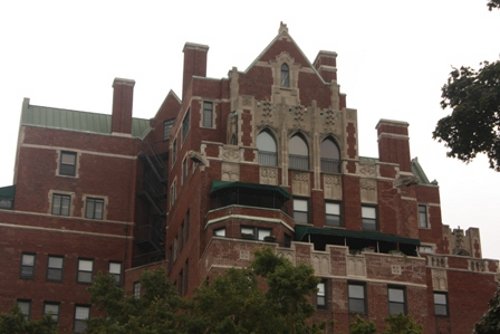 There were many reminders of Hamilton including old homes, tree lined streets, and mothballed buildings. With each camera click, I became more proud of this place. 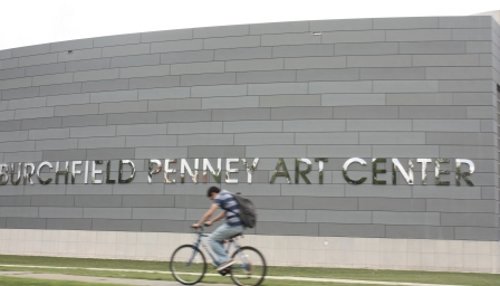 I suppose I have always had an appreciation for downtown Buffalo. I look around with envy at grand old buildings when I go into the city core. I often try to steal a glimpse of these iconic structures as I drive on the expressway above the downtown just before it proceeds unceremoniously through the industrial sector. 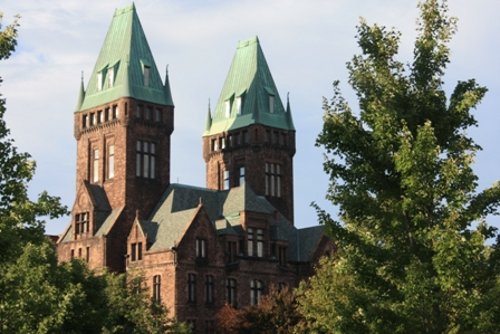 As a Hamiltonian, these latter views never looked that different from Burlington Street, except for the fact that it seemed to be a little older and more abandoned. Having lived in Toronto, I have come to learn that most GTA inhabitants tend to equate this I-190 view of Buffalo with the view from the Burlington skyway and file them both under "armpit cities that I would never live in".

Nevertheless, I was not deterred and decided to spend a weekend in Buffalo, NY. It was fantastic. At the end of the weekend, I reflected on the city's beauty in Cafe Aroma on Elmwood Ave. 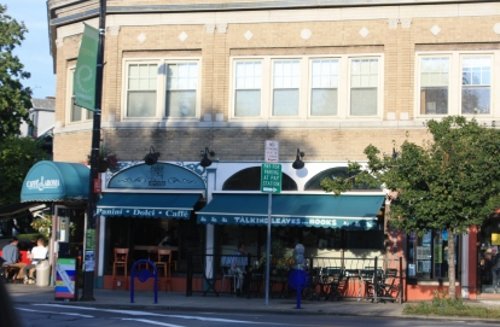 I opened up the Buffalo Business First newspaper and an op-ed piece by Tim O'Shei caught my eye. It was titled "Why we're stuck in Middle School". Naturally, I read it looking for parallels between Buffalo and Hamilton.

I was not disappointed. Apparently, Buffalonians say things like, "We're not as big as New York and we're colder than North Carolina". Am I looking in a mirror? I've heard strikingly similar comments here: "We are not as big as Toronto, and we are not as shiny as Oakville or Mississauga."

The middle schoolers in O'Shei's article have a deep insecurity about what others think and often feel that they do not measure up well against their peers. Enter Councillor Brad Clark, among others, with statements like "People in Toronto are laughing at us."

The article talks about people who cannot accept new ideas because they are wounded by the scars of the past, and as a result, they maintain a gloomy outlook about the future. In Buffalo, people still talk about the closing of Bethlehem Steel despite the fact that it occurred 35 years ago. Here is an excerpt:

"This entire area will be devastated! We'll never recover. It'll be the worst thing to happen since the closing of Bethlehem Steel." I don't buy it. Yes, the loss of the Bills would be devastatingly disappointing, and yes, it would cause job loss among the people who work for the team ... But it wouldn't harm our thriving college and university community. It wouldn't slow research happening on the Buffalo Niagara Medical Campus... It wouldn't shut down large employers...

I agree that we too should avoid being cynical because of past events. Whether it is the loss of jobs at U.S. Steel, the failure to secure a deal with Maple Leaf Foods, or the possibility of losing the Tiger-Cats, Hamiltonians suffer from the same insecurities.

The final problem with people of Buffalo/Hamilton is that we fail to make our elected leaders accountable. Instead of getting involved or even voting, people make generalizations about Council's dysfunction as a way to rationalize the acceptance of a subpar status quo.

With our own sports crisis raging on, I have become fatigued, but not so much that I'm ready to settle for a stadium location that hurts the city. I was proud of Hamilton City Council for making the decision to build at the West Harbour, despite the inaccuracies being put forth by private interests.

I only hope that this recent decision to examine the MIP site was done in the interest of the city at large, rather than an insecure fear that we may not be good enough to get this deal done. Like Buffalo, we have a beautiful city with a storied past and a promising future.

We need to remain focused on our goals and worry less about what other people think. Thank you to Buffalo for reminding me what makes a city great.

Thanks for this terrific piece.

fantastic piece. I too LOVE Buffalo and regularly make the trip to Elmwood, Allentown and the Delaware Park area. It really is spectacular. The similarities between our two cities are quite remarkable and I agree with you - we both need to quit comparing ourselves to radically different, larger or warmer cities and simply be the best post-industrial, urban, waterfront, park-filled cities we can be.

What a great article.

Great article Dave, too bad there's a pay-wall blocking the rest of that article. I'd have loved to read the whole thing.

Currently I am attending UB on the South Campus studying urban planning.
Buffalo has some of the most amazing architecture and the similarities between Hamilton are striking.
I can say this though, when I come home to Hamilton I am glad to see a greater sense of life and vibrancy in our downtown core compared to Buffalo's.

Like you mentioned it seems that people have to become more involved in order for a dramatic change to occur in our cities.

Sorry, I gave the wrong URL above for the Buffalo tourism page. It should be www.wrightnowinbuffalo.com

A plan to tear down 5,000 vacant homes at a cost of 100 million and gangs and squatters set fire to hundreds of them every year

what a waste..the houses look like the were modest but certainly liveable before that all happened.

Nicely done Dave. Buffalo and Hamilton are both beautiful cities with lots of positives and neither is without their share of negatives. It's nice to read a positive opinion about either of these cities because both have plenty to offer.

The only thing Hamilton is missing is a perpetually shitty hockey team to complete the comparison.

Beautifully written and so true. I am a proud Hamiltonian and I know many others despite our bad rap.

Thank you from Buffalo!