From there it is going to travel east on Main Street to John Street, turn north on John Street to King Street, and go west on King Street to Summers Lane, where it will turn into Hamilton Place for a state funeral at 2:30 PM. 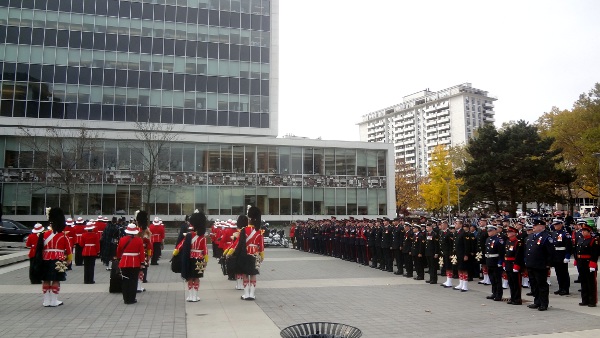