It's not only time for an inquiry into missing and murdered Aboriginal women, it's also time for an enquiry into why services benefiting this marginalized segment of society are being cut.

The Quebec Native Women's Association (QNWA) has been informed that as of April 1, 2015 its federal funding will be cut. 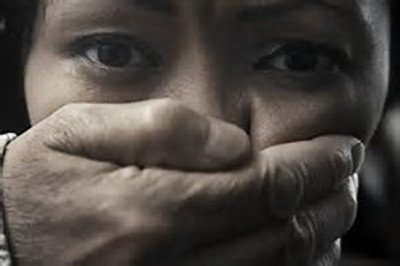 The QNWA received its funding through Heritage Canada and Indian and Northern Affairs, but once responsibility was transferred to Aboriginal Affairs the organization was told that it was no longer considered an Aboriginal-representative organization.

In November 2013, the federal government decided that funding would be directed at delivery of essential services and programs for Aboriginal peoples.

In other words, the money would be redirected away from the QNWA, which assists Aboriginal women and their children living with gendered violence, family violence, substance abuse, education and equality issues.

The QNWA has been the voice for Aboriginal women in Quebec and across Canada. Over the years this organization has successfully addressed numerous forms of unjust and prejudicial treatment faced by Native women:

It appears that voice of the QNWA, on behalf of Native women, has become too persistently strong and loud for the Harper government to allow it to continue.

The Harper government has also announced that Honouring the Circle (HTC), a transitional shelter for single women and women with children experiencing homelessness, will no longer receive its annual funding of $200,000. 15 women and seven children will be homeless by mid-June.

Operated by the Native Women's Centre, HTC assists women who are recovering from the trauma of domestic abuse, family abuse, addictions, and mental health issues. Their goals are: "To offer a place of healing where women and their children are given an empowering, safe and stable environment that will provide guidance and strength as they travel on their healing path."

HTC funding had been provided by the Department of Human Resources and Skills Development. In addition, the Ministry of Community and Social Services, Hamilton Community Foundation, and the Anglican Healing Fund contribute to the HTC budget. Most residents pay $474 a month out of their social assistance benefits.

The mandate of HTC is much broader than providing interim housing. Services provided include:

This involves giving people who are homeless a place to live, and then providing the necessary supports to help them stabilize their lives and recover. The Mental Health Commission of Canada's At Home/Chez Soi project, found the Housing First approach is an effective method to reduce homelessness and help those with mental illness.

However, key findings of the study regarding interim housing "revealed numerous reasons and demands for safe, flexible interim housing options, and illustrated how they influence the effectiveness of consumer recovery, continuous service engagement, and housing stability. Including the perspectives and recommendations of People with Lived Experience is an important component for the successful implementation of HF." (Pg. 24)

Conclusions to the HF approach included that it "should be one component of a multi-pronged and evidence-based approach to address the problem of homelessness in Canada." (Pg. 26).

While this study showed that the Housing First model worked for those individuals living with mental illness, it was clear in its decision that there are many reasons for needing interim housing and that those with life experiences should be at the table.

Let's bring Native women with the lived experience of domestic violence, family violence, gendered abuse, addiction and mental health issues to the table before we cancel beneficial programs that cost the federal government little more than the coffee budget of Conservative MPs.

It's not only time for an inquiry into missing and murdered Aboriginal women, it's also time for an enquiry into why services benefiting this marginalized segment of society are being cut.

A logical venue to discuss these issues would be one of the proposed federal election debates. Voters have the right to know each party's stance on Native women's issues.

Silence is consent. It's time to stand in solidarity and be silent no more!