Reflections From a Roller-Coaster

If we are serious about wanting to increase voter turnout, all of our our elected representatives need to be there for all of their constituents during the four years between elections.

Elections expose what voters (or in Hamilton's case, non-voters) disdain, and what our politicians have failed to fix. The general feeling we heard at the doors was that if you're only coming around once every four years for a vote, and you don't respond when there is a problem, why should we bother voting? 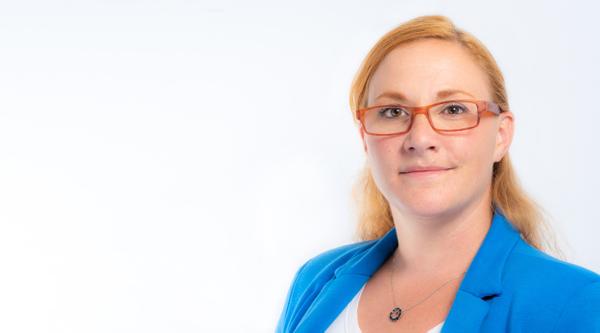 When I worked for former Ward 1 Councillor Brian McHattie, he used to tell me that he wanted to respond to every email and call because he didn't want anyone to feel disenfranchised from accessing City Hall.

I've lived and breathed that now for a decade - energetically and exhaustingly responding and following up to find out the answers for people - and yet, it is easier to not expend the effort in a lot of people's eyes. Not my constituent? Citizen who has criticized us? Annoying person asking, "why is this that way"? Easier to do nothing and hope they go away, right?

The sad reality is that a whole lot of people in this city are impressed when an elected official, their office or staff respond to them. That is not a criticism, but an observation.

I ran for Council in Ward 3 this year. My campaign team and I knocked on every single door in Ward 3 twice. I averaged 15,000 steps a day canvassing.

Having been involved in municipal campaigns since 2010, I knew to expect a roller-coaster. What I did not expect as a female candidate was how angry people were, and how readily men sent offensive and harassing messages, pictures and lewd suggestions in return for a promise of a vote.

I didn't expect the level of vitriol from people at the doors about the LRT project. This was partly due to a longstanding lack of communication about the project, and a Mayoral campaign that picked this as the wedge issue.

Only the very engaged among us follows City Hall committees and goings on with any regularity. I would say that is less than 500 citizens could tell you more in-depth other than "they are going to put a train on King Street". Indeed, one friend in Stoney Creek texted me to ask what train the "Stop the Train" signs were referring to. He thought it was referencing the GO train.

Engagement is Not Just a Tick Mark

Let's be honest - a high level of participation and engagement takes dedication, energy, commitment on all sides. It's exhausting to feel that engagement is nothing more than a tick mark on a government process, and it's exhausting to genuinely listen to and create trends on the other end. This has been a focus of many campaigns and policy-making efforts on everything from a community level to high-level Federal campaigns.

Asking questions about reducing barriers to participation is a good start, as would be offering to make something that for previous generations is still a no brainer - this is why more people don't vote.

When you get home from work, and have to make dinner, or get the kids to anything or homework, plus any other things you might have going on in your life, chances are what's going on at City Hall is the last thing on your mind.

Or, if it is, it's likely that you've been or are about to be affected by a decision that Council is making. Otherwise, there are many other things that are much more pleasurable (and therefore to our brains rewarding in the short term) than banging out an email to your Councillor.

And that's only if you've seen something on what's going on. Using Social Media for news as many of do has also led to the greater spread of misinformation.

Trust me - I've been on the front lines of answering questions about the LRT project since 2008, to the point where I created the Vote Spreadsheet on the project because I was getting tired of answering when which vote happened.

Media Have a Responsibility

It's funny - I guess I've been hedging around a lot of this since 2010. I wrote about this in 2010, about how Hamilton's main media sources could do, and should be doing a much better job of informing voters.

For all they wax about wanting to increase voter turnout, it cynically seems to come down to resources and revenues. Cable 14 had initially told us at the Ward 3 debate that the debates would be available publicly "after the Mayoral Debate airs". It turned out, that "due to (their) business model", they were not going to be available to everyone without a Rogers or Cogeco subscription until October 19! Three days before the election!

I successfully pushed them into making all the debates public before the Advance Polls opened with a public call to action, and a post to youtube. It would appear that when doing the right thing for the public and doing the thing that makes money converge, guess which wins out without public shaming? (I will back this up until you prove me otherwise, media channels, with the exception of the Public Record, CBC Hamilton, and Raise the Hammer who went out of their way to make information digestible for the average voter. The Spectator also always has a questionnaire, but it's the same questions pretty much across the board.)

So, how do we get more people to care enough to vote? It boils down again to communicating. Make it more convenient to find information, to vote, to find answers, and to access elected officials. Have active engagement around getting on the voter's list instead of passive advertisements.

We can make voting fun for a start. In other countries they have barbecues, get kids to have contests of how many people they can get to the polls and then have a parade with the contest winners leading. Even "I Voted" stickers with a city-wide hashtag would be an incentive.

And for any elected official reading this, I hope you will take this with the love with which it is written: Respond to people that take the time to call and email you.

Yes, every single one.

It's why you have staff. Even a message saying, "I'm not sure, but let us get back to you" is better than people feeling that they've sent an email into the black void of the internet.

The 38.4 percent voter turnout for this election is frankly shameful, and as more than one person said at the doors, "I don't think anyone at City Hall gives a sh*t, so why would I vote?".

Our campaign came away with a lot of good. We convinced some people they genuinely did matter, in the ward with the lowest voter turnout - and they told us they had never voted before or hadn't in years. That, right there, in my community is worth the roller-coaster of being a candidate.

Laura Farr was born and raised in Hamilton, and loves her city. She has worked for all of the Elected Officials (pretty much) since 2008 at City Hall, and is an engaged citizen who ethically and professionally walks the line between employee and citizen every day. Most recently, she was a candidate in the 2018 municipal election in Ward 3, coming in second place. She is not related to Councillor Jason Farr, and has a Venn diagram to explain to anyone asking.